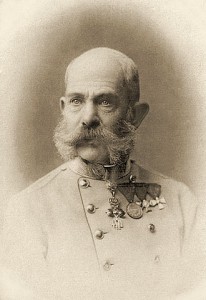 ’… *The Emperor of Austria was cured of his stab by a homeopath, Dr. Marenzeller of Vienna, after the regular Physicians had said that his brain & eyesight were seriously affected and that he would never again be equal to the cares of state…__ *(Swedenborg Archive K124 [b] Letter dated 13.3.1855 from Garth Wilkinson to James John Wilkinson senior…’ Matthias Marenzeller James John Garth Wilkinson