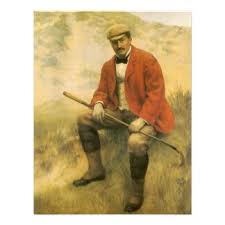 _After education at the High School of Edinburgh, he was apprenticed to William Forbes Skene WS but was not attracted to a career in law and matriculated at the University of Edinburgh Medical School. In 1864, he qualified LRCSEd, LRCPE and graduated MD from Edinburgh University later that year with a thesis entitled On bronchocele; a beneficial physiological action. His ‘masters’ included Goodsir, Simpson, Syme and Christison. _

After a period of practice in Australia he returned to Europe, taking a particular interest in aural surgery, with further studies in Berlin, Paris, Vienna and Utrecht. In 1874, he was appointed lecturer and aural surgeon to Guy’s Hospital, London and began a private practice in aural and ophthalmic surgery. He died 30th December 1917…

… 18th January 1862 – 3rd October 1862 In 1862 William Laidlaw Purves joined the SS Polynia at Dundee, sailing to Newfoundland and back and he kept a journal. a) Bound volume b) loose pages in an envelope marked “Greenland journal”. Journal includes line drawn maps, a letter edged in black, (from Queen Victoria to the Duchess of Sutherland); a 1902 news-cutting about a ship sinking and an advertisement for a bomb lance for killing whales. c) a third manuscript account of the journey…’