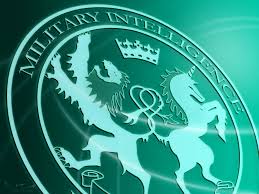 Dr. Habib Anthony Salmone (1830-1895) ‘… was a Syrian Professor educated in England, Habib offered secret information in March 1885 to the Foreign Office about the plans of the Madhi to undermine the British occupation of Egypt… William Ewart Gladstone and the Foreign Secretary… authorised various payments to him from secret service funds, but these were terminated when Salmone’s role became known in the region… (Nigel West, The A to Z of British Intelligence, (Scarecrow Press, 2 Sep 2009). Page 469)’

From http://www.colinsmythe.co.uk/authors/ladygregory/gregory2.htm‘… A curious postscript to this story is that on 15 July 1993 (the week before I gave a version of this paper in Cairo), the British Government released papers concerning General Gordon, the Mahdi and Arabi, that indicated (falsely) that Khartoum might have fallen as early as November 1884, not on 26 January 1885, the official date, and that the Mahdi was holding Gordon as late as the following March as a pawn to bargain for the release of Arabi, the British evacuation of the Soudan and the recognition of the Mahdi as its sovereign. The informant, Dr Habib Anthony Salmone was, however, considered by Arabi’s party to be a British spy, and by March 1885 the British Foreign Office also considered him untrust-worthy, as well as objecting to the size of his expense account…’