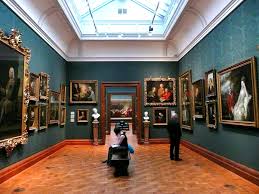 Arthur James Melhuish (1829-1895) was a famous and innovative British photographer, and a member of the Royal Meteorological Society and the Royal Astronomical Society.

From http://www.luminous-lint.com/app/photographer/Arthur_James__Melhuish/  ‘… _After a brief stint as a pawnbroker, Melhuish entered the world of photography, perhaps stimulated by his widowed mother’s 1846 marriage to John Buchanan Smith. His first public showing was in the 1855 London exhibition of the Photographic Society, where his seven waxed-paper architectural studies included one interior. _

_In 1856 Melhuish sent nearly twenty architectural views to the society’s exhibition. By 1857 he had begun to work with collodion, although he showed two waxed-paper views at the society. He continued to exhibit there annually through 1860, submitting some waxed-paper photographs in 1859. His last participation in major exhibitions was at the 1861 Architectural Photographic Association in London. _

_Melhuish was an inveterate inventor, although none of his inventions found a wide market. In 1856 he patented his design for a roller slide that permitted the photographer to carry a number of sheets of sensitized paper and change them in the camera without the need for a darkroom. His 1860 metal camera was promoted as being one-third lighter than wooden ones and twice as strong. Melhuish was more successful at building a photographic printing business, employing several assistants, but he had some economic reversals and by 1871 was listed as a picture dealer, operating out of his mother’s house. He was declared bankrupt by 1882. _

_Melhuish rebuilt his reputation, becoming Photographer Royal and by the 1890s hosting a British Museum of Portraits at his Pall Mall studio. He was secretary of the Photographic Association from 1861 to 1889 and was elected a fellow of the Royal Astronomical Society in

Melhuish was born and registered as a Nonconformist Protestant, which perhaps explains why his later contributions to the literature ventured away from photography to include The Geology of the Bible and The Truth about Ghosts. In the 1881 census he listed himself an “artist,” but by the 1891 census, near the end of his life, Melhuish proudly claimed to be a “Photographic Artist.” At least two of his sons and three of his daughters became photographers...’