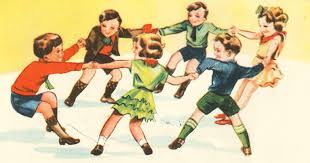 The Co-operative Commonwealth** was first so named in 1866 by homeopath James John Garth Wilkinson.

From http://en.wikipedia.org/wiki/Cooperative ’… *The roots of the cooperative movement can be traced to multiple influences and extend worldwide. In the Anglosphere, post-feudal forms of cooperation between workers and owners that are expressed today as “profit-sharing” and “surplus sharing” arrangements, existed as far back as 1795. *

_The key ideological influence on the Anglosphere branch of the cooperative movement, however, was a rejection of the charity principles that underpinned welfare reforms when the British government radically revised its Poor Laws in 1834. As both state and church institutions began to routinely distinguish between the ‘deserving’ and ‘undeserving’ poor, a movement of friendly societies grew throughout the British Empire based on the principle of mutuality, committed to self-help in the welfare of working people. _

*Friendly Societies established forums through which one member, one vote was practiced in organisation decision-making. The principles challenged the idea that a person should be an owner of property before being granted a political voice. Throughout the second half of the nineteenth century (and then repeatedly every 20 years or so) there has been a surge in the number of cooperative organisations, both in commercial practice and civil society, operating to advance democracy and universal suffrage as a political principle. *

_Friendly Societies and consumer cooperatives became the dominant form of organization amongst working people in Anglosphere industrial societies prior to the rise of trade unions and industrial factories. Weinbren reports that by the end of the 19th century, over 80% of British working age men and 90% of Australian working age men were members of one or more Friendly Society. _

From the mid-nineteenth century, mutual organisations embraced these ideas in economic enterprises, firstly amongst tradespeople, and later in cooperative stores, educational institutes, financial institutions and industrial enterprises. The common thread (enacted in different ways, and subject to the constraints of various systems of national law) is the principle that an enterprise or association should be owned and controlled by the people it serves, and share any surpluses on the basis of each member’s cooperative contribution (as a producer, labourer or consumer) rather than their capacity to invest financial capital…’

From http://en.wikipedia.org/wiki/The_Co-operative_Bank#History ‘… The bank was formed in 1872 as the Loan and Deposit Department of the Co-operative Wholesale Society, becoming the CWS Bank four years later. However, the bank did not become a registered company until 1971. In 1975, the bank became the first new member of the Committee of London Clearing Banks for 40 years and thus able to issue its own cheques. __In 1974 the Co-operative Bank offered free banking for personal customers who remained in credit. It was also the first Clearing Bank to offer an interest-bearing cheque account, in 1982…’