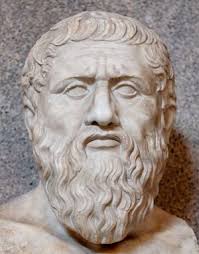 Hiram K Jones **{::}(1818-1903)** was an ‘… eminent American Physiologist… of Jacksonville…’ Hiram was a family doctor, the Superintendent of the Jacksonville Hospital for the Insane, Professor of Philosophy, Illinois College, 1885-1900, donor of the Jones Library and generous benefactor of Illinois College, he was for many years President of the Alumni Association.

Hiram was an abolitionist involved in the underground railroad, a Transcendentalist, and an ardent Platonist who ran his own Philosophical Academy - The Jacksonville Plato Club - _which influenced American culture for more than thirty years… and he hosted many visiting guest speakers *including Amos Bronson Alcott, Ralph Waldo Emerson, Thomas Moore Johnson, and Henry David Thoreau. Hiram then founded _The American Akademe. *

From http://newtopiamagazine.wordpress.com/2013/01/15/the-platonist-on-sunset-blvd/ ‘… Hiram K. Jones was a conscientious physician with a successful practice.  Hiram had nicknames, none of them having to do with his good doctoring or his service to Illinois College.  He earned his nicknames by becoming the most popular Platonist in America.  He was “the modern Plato,” the “western metaphysical giant,” and “the western wonder.” He was America’s foremost expert on Plato, according to Emerson himself, though at the Concord School one critic dismissed Jones as a “loose, uncouth thinker,” and readers are left to wonder how a man who never learned to read ancient Greek could become an authority on Plato.

*Hiram was born in the summer of 1818.  Andrew Jackson was president.  Mary Shelley’s Frankenstein was published that year, and the U.S. Congress created an American flag of thirteen red and white stripes and one star to be added for each state; there were twenty stars at the time.  His father’s father, an immigrant from England, had served under the command of George Washington in the Revolutionary Army.  Hiram was a Lincoln man.  He felt so strongly about abolition he campaigned for office to fight slavery, but he lost.  The underground railroad had a stop at his own house.  During the Civil War, Hiram provided medical services to union soldiers and their families for free.  Not only did he shelter runaway slaves but also starving students, including William Jennings Bryan who later became the presidential candidate for the populist wing of the Democratic party in three elections, though he never won…  *

*llinois College was the place where Hiram’s passion for metaphysics began. “When I was a student in Illinois College,” he wrote, “there were two other students and myself who got hold of Emerson’s writings. Of course we were ridiculed for dabbling in such transcendental nonsense.  These writings were then denounced on all sides. We continued to read Emerson.  Now within one short lifetime that thought has conquered and subdued all minds.” *

_In 1854 Hiram became superintendent of the Jacksonville Hospital for the Insane only until someone else could be found. After that he returned to his practice, generations of loyal patients he served until a month before his death in 1903 almost five decades later… _

_Hiram wasn’t content with Emerson; he wanted to read the master’s sources… By the early 1860__?__s Hiram was reading Plato for himself… That was the humble beginning of the Plato Club in 1866, which influenced American culture for more than thirty years… The Jacksonville Plato Club hosted visiting guest speakers including the illustrious New England Transcendentalist Bronson Alcott, and Thomas Johnson. Membership to the Plato Club was open to any religion, gender or race… _

*Jones became an in demand lecturer…__ As his lectures became more popular Hiram became friends with the big three of New England Transcendentalism: Emerson, Alcott, and Thoreau.  All were visitors to Jacksonville, and guests in Hiram’s house.  In 1879 he helped inspire the self taught traveling teacher Alcott to realize his dream for an adult summer school: the Concord School… *

Jones rallied his friends and together they started The American Akademe on July 2, 1883… By May 1884 there were 180 members of the American Akademe. When the last meeting was held in 1892 the membership list was 422… But then in 1891 Mrs. Jones died. Hiram never really recovered. Jones was not in the best health himself and already had too many responsibilities as a practicing physician and a professor at Illinois College…’

Cumberland George Jones (?-?) was the brother of Hiram K Jones, a Teacher, and the Founder and owner of the Troy (Mo.) Academy. He was a Physician, associated in practice with his brother, Hiram K Jones.