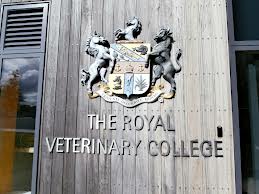 William Sewell was the uncle by marriage of James John Garth Wilkinson and a patient of Paul Francois Curie:

On 2nd November 1894, James John Garth Wilkinson, wrote to William Boericke from 4 Finchley Road: ‘… *Mr dear Dr. Boericke, … . It may interest you to know that I am the nephew by marriage of Professor William Sewell, for long the most famous Veterinarian in England, & for 50 years virtually the head of the Veterinary College. I lived with him, & attended his lectures, & the practice of the College. He was one of the finest & noblest Gentlemen I ever knew, A Quaker by Descent, connected to the Penn Family. He was Veterinary Advisor to the East India Company. He died in a good old age, attended Homeopathically by Dr. Curie _[Paul Francois Curie]* & myself… _(Swedenborg Archive K125 [2] Letter dated 2.11.1894 from James John Garth Wilkinson, to William Boericke)…’

On 29th September 1825, James John Garth Wilkinson wrote from his school to his aunt Mary Robinson (Harriet Robinson’s sister) at Seymour Place requesting some eye water ‘… as my eyes are very bad…’ and asking for some trousers and some gloves. Mary Robinson is obviously looking after the children and the family home during this horrendous time after Harriet’s death (Garth Wilkinson’s mother), though the archives (Swedenborg Archive Family Register A148a Temple Bar loose leaf Documents and Summary Enclosed English Documents from 1662 (Latin documents begin 1621)) also record the happier circumstance that she was courting a William Sewell (1780-1853), who sent Garth Wilkinson a gift of some grapes, and news that they were about to be married. On 28th November 1825, James John Wilkinson senior wrote to James John Garth Wilkinson, from 1 Pump Court to inform him that Mary Robinson and William Sewell were to be married on 29th November 1825, and how upset he will be to loose her help at home…

From http://en.wikipedia.org/wiki/William_Sewell_(physician) ‘… Sewell was the son of an Essex farmer and of Quaker descent. At age 15, he was apprenticed to Coleman and remained at the college for 57 years. In 1815 and 1816, he was sent by the College governors to the European continent to visit veterinary schools.

*Upon graduation from the college at age 18, he was appointed Demonstrator (e.g., professor) in Anatomy, and in 1803, he was named Assistant Professor. He was charged with maintaining discipline at the College. His life was devoted to the study of horses. His biographers described Sewell as a reserved man, unsociable, hesitating, and unpopular with the students and the profession. However, he remained loyal to Coleman. *

Sewell gradually stopped teaching, and became the director of the London Veterinary School, its Secretary, and its Resident governor. In 1852, Sewell was elected President of the Royal College of Veterinary Surgeons. He died in June 1853 at the age of 72 and was buried at Highgate. He married late in life and left no family…’