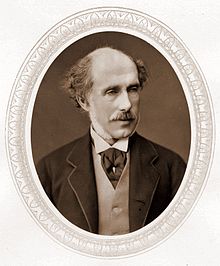 Just before his death on 16th October 1888, William Francis Cowper Temple, 1st Baron Mount Temple wrote to James John Garth Wilkinson from Broadlands in Romsey: ‘… We shall be too happy to see you whenever you can come and your daughter also… We shall think it a particular compliment of you will appear dressing gowned… as we make now only a nightcap and slippers [present?] but we are all now younger that ever inside are we not?… (_Swedenborg Archive K125 [36] letter from Baron Mount Temple to James John Garth Wilkinson 16.10.1888. Unfortunately, James John Garth Wilkinson never got to see his old friends again, simply marking on the invitation ‘… _died 16th October 1888…’)

From [http://en.wikipedia.org/wiki/William_Cowper-Temple,*1st_Baron_Mount_Temple\](http://en.wikipedia.org/wiki/William_Cowper-Temple,_1st_Baron_Mount_Temple) ‘… _Born at Brocket Hall, Hertfordshire, Cowper was the second son of Peter Cowper, 5th Earl Cowper, and the Hon. Emily Mary, daughter of Peniston Lamb, 1st Viscount Melbourne (since his mother had several lovers there is some doubt about hid true paternity). He was the younger brother of George Cowper, 6th Earl Cowper and nephew of Prime Minister Lord Melbourne.*

*His father died in 1837 and in 1839 his mother married another Prime Minister, Lord Palmerston, who became Cowper’s stepfather. He was educated at Eton. After entering the Royal Horse Guards in 1830, he was promoted Captain five years later, eventually attaining the rank of Major in 1852. *

_In 1835, Cowper was elected Liberal Member of Parliament for Hertford, a seat he held for the next thirty-three years, and became private secretary to his uncle Prime Minister Lord Melbourne. He was appointed a Groom in Waiting in 1837, and in 1841 served for three months as a Lord of the Treasury under Melbourne, only resuming office five years later as aLord of the Admiralty when the Whigs returned to power under Lord John Russell. He again held this post under Lord Aberdeen from 1852 to 1855, and in the latter year was made Under-Secretary of State for the Home Department by his stepfather Lord Palmerston when he became Prime Minister. _

_In August that same year he was appointed President of the Board of Health, and sworn of the Privy Council. Four years later he became Vice-President of the Board of Trade and Paymaster General, only serving for a year before Palmerston appointed him First Commissioner of Works. __In 1866, on the fall of Lord Russell’s government, Cowper left office for good. Two years later he was returned to Parliament for Hampshire South, and held this seat until 1880. _

*He was involved in the 1870 Education Act which set up Board Schools throughout England. He was responsible for the Cowper-Temple clause, an amendment to the Act that allowed parents to withdraw their children from Religious Education. The British rock band Cooper Temple Clause were named after the clause. __His mother having died in 1869, he inherited a number of estates under his stepfather’s will, and so took that year under Royal licence the additional surname of Temple. In 1880 he was raised to the peerage as Baron Mount Temple, of Mount Temple in the County of Sligo. This was a revival of the junior title held by the Viscounts Palmerston, which had become extinct along with the viscountcy on his stepfather’s death in 1865. *

Apart from his political career Lord Mount Temple organized ecumenical conferences at Broadlands. One of the regular speakers there was George MacDonald. Lord Mount Temple was twice married. He married firstly Harriet Alicia, daughter of Daniel Gurney, in 1843. After her early death the same year he married secondly Georgiana, daughter of Admiral John Richard Delap Tollemache, in 1848. Both marriages were childless. He died in October 1888, aged 76, at his home of Broadlands, Hampshire, and was buried at nearby Romsey. His peerage became extinct on his death. Lady Mount Temple died in October 1901…’