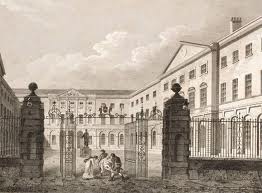 ’… *We regret to have to announce the sudden death at a comparatively early age of another colleague,Mr Williams, of Belfast. Mr Williams was born in 1835. His medical studies were pursued at Guy’s hospital and in 1860, he was admitted a member of the Royal College of Surgeons, and he received the licence of the Apothecaries Company. *

_About 1868 or 1869 he commenced the study of homeopathy and in the latter year succeeded Dr Edward Blake in his practice in Wolverhampton. Here he remained until 1876 when he removed to Belfast. Homeopathy had few friends there at this time but Mr Williams had succeeded in overcoming many difficulties and laying the foundation of a practice which gave promise of being of considerable extent. _

*For some three years he has had occasional attacks of cystitis, which have caused him both suffering and anxiety. Five days before his death he had to go late at night some miles into the country to attend a midwifery case. Walking home appeared to bring on an attack when complete retention occurred, followed by uraemic poisoning. *

*The British/Monthly Homeopathic Review, December 1881, p786 [Obituary]. Is he the C J B Williams MD, FRS, of Upper Brook Street whose eldest daughter, Sophia Janet, married the Rev Samuel Christopher Morgan as announced in The Lancet, August 1862? This Rev. Morgan was the elder brother of Francis Augustine Morgan, both sons to Rev Samuel Francis Morgan. The Registers of Wadham College Oxford, vol 2, p35 (4th entry from top of page). *

The Belfast/Ulster Street Directory for 1877 has this entry: ‘Christopher Williams, Surgeon (homeopathic), 92 Gt Victoria St’. And immediately following it: ‘Dispensary, Church St (homeopathic)’. This is the same dispensary where James B McGregor (between c1845 and until at least 1861) and George Stevenson Knowles, MD previously worked…’