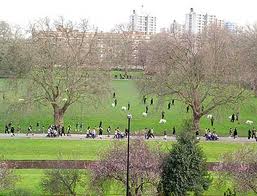 Henry “Harry” Hamilton Johnston (1858-1927) GCMG, KCB, was a British explorer, botanist, linguist and colonial administrator, one of the key players in the “Scramble for Africa” that occurred at the end of the 19th century.

Henry Hamilton Johnston was an advocate of homeopathy ‘… the homeopathic doctor who usually attended us was on a holiday; his inept young assistant would not recognize the fever as typhoid, and gave a diametrically wrong treatment…’ (Harry Hamilton Johnston, The Story of My Life, (Bobbs-Merrill, 1923). Page 42).

Harry Johnston also wrote novels, and in The Gay Dombeys he penned ‘… I have had palpitations lately that have perturbed me not a little. Harry writes recommending a cordial, but [naturally replied that being a firm believer in homeopathy I should be content to take pillules of Digitalis…’ (Harry Hamilton Johnston, The Gay Dombeys, (1919, reprinted by Kessinger Publishing, 30 June 2005). Page 99).

From http://en.wikipedia.org/wiki/Harry_Johnston ‘… Born at Kennington Park, south London, he attended Stockwell grammar school and then King’s College London, followed by four years studying painting at the Royal Academy. In connection with his study he traveled to Europe and North Africa, visiting the little-known (by Europeans) interior of Tunisia.

*In 1882 he visited southern Angola with the Earl of Mayo, and in the following year met Henry Morton Stanley in the Congo, becoming one of the first Europeans after Stanley to see the river above the Stanley Pool. His developing reputation led the Royal Geographical Society and the British Association to appoint him leader of an 1884 scientific expedition to Mount Kilimanjaro. On this expedition he concluded treaties with local chiefs (which were then transferred to the British East Africa Company), in competition with German efforts to do likewise. *

In October 1886 the British government appointed him vice-consul in Cameroon and the Niger River delta area, where a protectorate had been declared in 1885, and he became acting consul in 1887, deposing and banishing the local chief Jaja. On leave in England in 1888, he met with Lord Salisbury and apparently helped formulate the Cape to Cairo plan to acquire a continuous band of territory down Africa, which he then leaked (with Salisbury’s approval) to the Times in an anonymous article “by an African Explorer”.

In 1889 Johnston was sent to Lisbon to negotiate the Portuguese and British spheres of influence in southeastern Africa, then went to Mozambique as consul. From there he went to Lake Nyasa to resolve the war between Arab slave-traders and theAfrican Lakes Trading Company. Alarm over the presence of the Portuguese Serpa Pinto triggered the Anglo-Portuguese Crisis, which ended with Johnston having Nyasaland (today’s Malawi) declared the British Central Africa Protectorate, and he was made its first commissioner in 1891.

In 1890 acting for Cecil Rhodes and the British South Africa Company (BSAC), Johnston sent Alfred Sharpe (who would become his successor in Nyasaland) to obtain a treaty with Msiri, King of Garanganze in Katanga. This territory was in the sphere of influence of Belgian King Leopold II’s Congo Free State, and though the Berlin Conference’s Principle of Effectivityallowed such a move, it had the potential to precipitate an Anglo-Belgian crisis. Sharpe failed with Msiri, though he obtained treaties with Mwata Kazembe covering the eastern side of the Luapula River and Lake Mweru, and with other chiefs covering the southern end of Lake Tanganyika. In 1891 Leopold sent the Stairs Expedition to Katanga. Johnston dissuaded it from accessing Katanga through Nyasaland, but it went through German East Africa instead, and took Katanga after killing Msiri.

Johnston realised the strategic importance of Lake Tanganyika to the British, especially since the territory between the lake and the coast had become German East Africa forming a break of nearly 900 km in the chain of British colonies in the Cape to Cairo dream. However the north end of Lake Tanganyika was only 230 km from British-controlled Uganda, and so a British presence at the south end of the lake was a priority.

With Belgian, German and Portuguese frontiers to contend with, Johnston ensured that British bomas were established (in addition to those in Nyasaland) east of Luapula-Mweru at Chiengi and the Kalungwishi River, at the south end of Lake Tanganyika at Abercorn, and at Fort Jameson between Mozambique and the Luangwa valley. At these bomas he helped set up and oversee the British South Africa Company’s administration in the territory which became North-Eastern Rhodesia (the north-eastern half of today’s Zambia). Although he missed out in Katanga, altogether he helped to consolidate an area of nearly half a million square kilometres - say nearly 200,000 square miles (520,000 km2), or twice the area of the United Kingdom in 2009 - lying between the lower Luangwa River valley and lakes Nyasa,Tanganyika, and Mweru into the British Empire.

In 1896 in recognition of this achievement he was appointed Knight Commander of the Order of the Bath (KCB), but afflicted by tropical fevers, transferred to Tunis asconsul-general. In the same year, he had married the Hon. Winifred Mary Irby, daughter of Florance George Henry Irby, fifth Baron Boston.

In 1899 Sir Harry was sent to Uganda as special commissioner to end an ongoing war. He improved the colonial administration, and in 1900 concluded the Buganda Agreement dividing the land between the UK and the chiefs.

In 1902 his wife gave birth prematurely to twin boys, but neither survived more than a few hours, and they had no more children. His sister, Mabel Johnston, married Arnold Dolmetsch, an instrument maker and member of the Bloomsbury set, in 1903.

In 1903 and in 1906 he stood for parliament for the Liberal Party, but was unsuccessful on both occasions. In 1906, the Johnstons moved to the hamlet of Poling, near Arundel in West Sussex, where Harry Johnston largely concentrated on his literary endeavours. He took to writing novels, which were frequently short-lived, while his accounts of his own voyages through central Africa were rather more enduring. Some have put forward the unlikely theory that he was the principal model for ‘The Man who loved Dickens’ in the novel A Handful of Dust by Evelyn Waugh.

Harry Johnston suffered two strokes in 1925, from which he became partially paralysed and never recovered, dying two years later in 1927 at Woodsetts House near Worksop in Nottinghamshire. He was buried in the churchyard of St Nicholas, Poling, where there is a commemorative wall plaque within the nave of the church designed and cut by the Arts and Crafts sculptor and typeface designer, Eric Gill - who lived in nearby Ditchling. The main typeface used on the plaque appears to be Gill’s contemporaneously-designed Perpetua - designed in 1925, but not released until 1929 - while the lower-case typeface used for the Latin quote below is not presently recognised.

_Harry Johnston was the very model of the multi-talented African explorer; he exhibited paintings, collected flora and fauna (he was instrumental in bringing the okapi to the attention of science), climbed mountains, wrote books, signed treaties, and ruled colonial governments. Like his fellow imperialists he believed in British and European superiority over Africans, though he tended towards paternalistic governance rather than the use of brute force. These attitudes, which seem patronising today, were outlined in his book The Backward Peoples and Our Relations with Them (1920), but included his view that colonial rulers should try to understand the culture of the subjugated peoples. Consequently he was considered (by white settlers) as being unusually favourable towards the native peoples (for instance his administration was one of the first in British African colonies to train and employ Africans in the colonial service as clerks and skilled staff), and he had eventually fallen out with Cecil Rhodes as a result. _