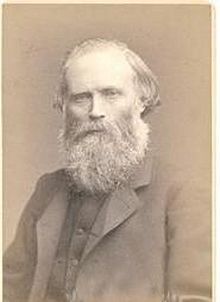 Jacob Bright was on the General Committee of the Manchester Homeopathic Institution (Anon, The Homeopathic Medical Directory of Great Britain and Ireland, and annual abstract of British homeopathic serial literature, (Henry Turner, 1871). Page 115).

Henry Kelsall (?-?) Rochdale’s first non conformist Justice of the Peace, proposed an infirmary in Rochdale, with an amendment from Alderman Robinson for a homeopathic ward to be added to the new institution ‘… in recognitition of the strong tradition of this medical practice in the town, because of the increased subscriptions that would accrue as a result, and with people obviously more likely to subscribe to an institution that encompassed their specific medical beliefs… The proposal was seconded by Counsellor Hoyle and a stormy debate ensued in which is became obvious that the orthodox medical profession in the town, as represented by Doctors Elliott, March and Wood, objected, at times quite vitriolically. ‘No connection with quacks’ was one of the phrases used by Dr. Wood, a Medical Officer in the Dispensary, at the prospect of homeopaths practicing in the proposed Infirmary. Nevertheless despite these objections the proposal was carried and a pledge of £3650 *[£166,805.00 in today’s money] _taken from the various people present…’ _However, the course of the proposed homeopathic Rochdale Infirmary became mired in the perennial argument between old and new medicine. In Rochdale, the supporters of homeopathy were primarily non conformists, dissenters and Liberalists, and included John Bright, Benjamin Butterworth, Dr. Cox, Thomas Hahnemann Hayle,  Dr. Holland, Edward Miall,  George Morris, J K Cheetham, and Joseph Seed amongst many others. The Homeopathic Infirmary in Rochdale was never  built as a result of all this upset. (From Helen Kelsall, [The Development of Voluntary Medical Institutions in Rochdale 1832-1872), Transactions New Series Number 4,*](http://shm.oxfordjournals.org/content/early/2013/04/16/shm.hkt004.full) (1994, Rochdale Literary and Scientific Society)).

http://en.wikipedia.org/wiki/Jacob_Bright *’… *{::}Bright was born at Green Bank near Rochdale, Lancashire. He was the fourth of eleven children of Jacob Bright and Martha Wood. His father was a Quaker and had established a cotton-spinning business at Fieldhouse. His elder brother, John Bright (1811-1889), was a radical politician, and his sister, Priscilla Bright McLaren (1815-1906), campaigned for women’s rights.

Jacob Bright was educated at the Friends School in York before entering the family business of John Bright & Brothers, cotton-spinners. Bright and his brother Thomas managed the firm, and by 1885 the business had expanded into carpet manufacture. He was also responsible for introducing the linotype machine to England.

Bright became involved in radical politics and supported Chartism. He was the first mayor of Rochdale on the town’s incorporation as a municipal borough. He stood for election in 1865 in Manchester. Although unsuccessful on his first attempt, he won a by-election in 1867, and held his seat at the general election in 1868. He lost his seat at the 1874 general election, but was returned to parliament at the by-election in 1876. When the three-seat Parliamentary Borough of Manchester was divided into eight single-seat constituencies in 1885, Bright was selected as the Liberal candidate for the new Manchester South West constituency. He was defeated in 1885, but successful in the general election in 1886. As a member of parliament, Bright was considered an “advanced radical”. He was a peace campaigner and supported women’s suffrage.

Bright remained as MP for South West Manchester until in 1895. Upon retirement, Bright was sworn into the privy council at the suggestion of Lord Rosebery.

In 1855, Bright married Ursula Mellor, daughter of a Liverpool merchant. Ursula Mellor Bright (1835-1915) was a campaigner for women’s rights. They had three children.

Jacob Bright died at midnight on 7/8 November 1899 at his residence, “Nunn’s Acre”, Goring-on-Thames,Oxfordshire.[2] He was cremated without a funeral service. The central committee of the Society for Women’s Suffrage passed a resolution recognising his contribution to the movement…’