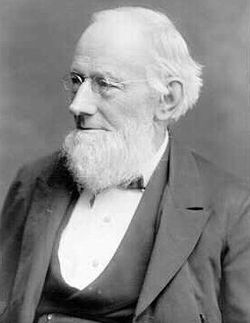 Isaac Pitman (1813-1897) knighted in 1894, developed the most widely used system of shorthand, known now as Pitman shorthand. He first proposed this in Stenographic Soundhand in 1837. Pitman was a qualified teacher and taught at a private school he founded in Wotton under Edge - The British School. He was also the vice president of the Vegetarian Society.

Isaac Pitman was an advocate of homeopathy (Benn Pitman, Sir Isaac Pitman: His Life And Labors, (reprinted by Kessinger Publishing, 1 Dec 2004). Page 89) and vegetarianism. He was an active member of the Anti Vaccination movement, as was his younger brother Henry Pitman (1829-1909)* (William White, The Story of a great delusion in a series of matter-of-fact chapters, (E.W. Allen, 1885). Page 544).

From http://en.wikipedia.org/wiki/Isaac_Pitman Isaac Pitman**(1813-1897) **’… was born in Trowbridge, Wiltshire in England. One of his cousins was Abraham Laverton (1819-1886). In the 1851 census he appears in Bath aged 38, living with his wife, Mary, aged 58, born in Newark-on-Trent, Nottinghamshire. He married Isabella Masters in 1861, and he appears in the 1871 census, aged 58, with his new wife Isabella, aged 46. In the 1881 census he is listed as Eisak Pitman – given his occupation, the phonetic spelling is interesting. In the 1891 census he is again listed as Isaac, but his birthplace has moved to Bath.

Isaac Pitman was fervently Swedenborgian. Not only did he read The Writings of Emanuel Swedenborg daily, he also devoted much time and energy to educating the world about them. He published and distributed books and tracts by and about Emanuel Swedenborg.

In 1837 Isaac Pitman first published his system of phonetic shorthand, in a pamphlet entitled Sound-Hand. Among the examples in this pamphlet, were the Psalm 100, the Lord’s Prayer, and Emanuel Swedenborg’s Rules of Life.

Pitman was active in the local New Church congregation in Bath while living on Royal Crescent. He was one of the founding members, when this congregation was formed in 1841. He served as president of this society from 1887 to his death in 1897. His contribution to this church was honoured by the congregation with a stained glass window depicting the golden cherub in the temple of wisdom described in Emanuel Swedenborg’s True Christian Religion No. 508. The window was dedicated on 5 September 1909.

His memorial plaque on the north wall of Bath Abbey reads, “His aims were steadfast, his mind original, his work prodigious, the achievement world-wide. His life was ordered in service to God and duty to man.”

In about 1837 Pitman discontinued the use of all alcoholic beverages, and in about 1838 he became a vegetarian – both lifelong practices to which, in a famous letter to The Times (London), he attributed his lifelong excellent health and his ability to work long hours.

Pitman founded a company called Sir Isaac Pitman and Sons, which became a one of the world’s leading educational publishers and training businesses. The publishing division was bought by rival Pearson Plc in 1985. The training business evolved into two separate businesses: Pitman Training and JHP Training.

Isaac Pitman is the grandfather of Sir James Pitman (1901-1985), who developed the Initial Teaching Alphabet.

’… Frederick Pitman, then but nineteen years old, superintended the business. About the time that he came of age (October, 1849), Mr. Frederick Pitman took No. 20 Paternoster Row, set up in business on his own account as a publisher, and from this time to his death was the publisher of his brother Isaac’s phonographic books and periodicals… Here, as at Queen’s Head Passage, Mr. Fred. Pitman was assisted by his father, Mr. Samuel Pitman, who, in his old age, had the satisfaction of witnessing the success of his sons, and giving them the benefit of his co- operation. Those who visited the depot in those days will not forget the shrewd and sagacious sayings and doings of Samuel Pitman, who was for some years a well-known character in the Row.”… Frederick Pitman, as we have seen, became the London publisher of his brother’s books, and in addition developed a large music publishing business… In the year 1864 the Royal Society of Arts held its first annual examination in shorthand. Mr. Frederick Pitman was the first examiner…’__’… Frederick Pitman began music publishing in 1862 in London. He died in 1886 and the business continued under his name until 1900 when Hart & Co. (the “new” Hart) took it over. The business continued as Pitman, Hart & Co. until about 1960 when it was taken over by J. B. Cromer & Co… *(Alfred Baker (M.J.S.), [The life of Sir Isaac Pitman (inventor of phonography),*](http://books.google.co.uk/books?ei=KizLUMbwNo6o0AXok4HYCQ&sqi=2&id=mQ8LAAAAIAAJ&dq=life+of+isaac+pitman+alfred+baker&q=frederick+pitman#search_anchor) (I. Pitman & sons, ltd., 1919). Multiple pages. See also http://www.merebrow.com/history/earthfloors/anthem.html )‘.

’_From Henry Pitman, Prison Thoughts on Vaccination, (John Heywood, 141 and 143, Deansgate). ’… This narrative, commenced in prison, is intended to serve as a general letter to my “troops of friends” who may desire to know my reasons for coming here (Knutsford house of Correction), how I have fared, how I got out, and my objections to vaccination, for the non -practice of which disgusting and dangerous operation upon my youngest child I was sentenced to fourteen days’ imprisonment. Our first four children were duly vaccinated. My wife and I had taken no particular thought about the right or wrong of the thing, and the mysterious rite of vaccination was submitted to as a matter of course, which chiefly concerned our doctors (Homeopathists—surely they ought to know better), for the children, poor innocents, could not protest, excepting by their cries. Upon reflection, we saw no sufficient reason for the hazardous operation; moreover, we thought that certain ailments in our children resulted wholly or partly from vaccination, so we resolved to have no more of it ? Our resolution was in due time put to the test having disregarded repeated notices to vaccinate, I was summoned before the late Mr. Frafford for the non-vaccination of our bonny Rosy. By this time I was acquainted with the arguments for and against vaccination, and I was simple enough to think that a statement of my objections would convince any sensible magistrate that we were justified in not subjecting our child to this law-inflicted disease. I knew that the Act imposed a penalty for non-vaccination of twenty shillings and costs, distraint upon goods, or 14 days’ imprisonment; but I also read in the Act that magistrates had a discretionary power, and could fine or not; as they might “see fit,” upon “reasonable” excuse being offered. Of course, my defence was stopped by the stereotyped objection that magistrates have no alternative, but must enforce time penalty. I was fined time full penalty of twenty shillings and costs (ten shillings), which I paid, I am sorry to say; for even at that time I felt it to be my duty not to pay the fine, but I could not screw my courage to face that terrible sticking place, the County jail. _This occurred about seven years ago. From that time to time present, I have laboured to make known the evils of vaccination, have spent much money upon the agitation, and, of course, injured my business and incurred considerable odium. For above two years I issued a weekly publication called the Anti-Vaccinator. As enquiries are still made for this periodical, I may mention that it is out of print; but its place is better supplied by the Occasional Circular (price 1d.) issued by the National Anti-Compulsory Vaccination League, and which may be had from the President, Win. Hume-Rothery, Esq., Merton Lodge, Tivoli, Cheltenham, and from all Branch Leagues. This able and devoted anti-vaccinator, and his equally earnest and accomplished wife (Mary C. Hume-Rothery, daughter of that incorruptible statesman, Joseph Hume, M.P.), are the joint editors of the Circular, and are the main springs of the Anti-Vaccination Movement…’