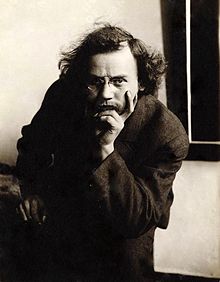 Nordfeldt’s wife Margaret Doolittle (1873-1968) was a homeopath (Arthur Gelb, Barbara Gelb, O’Neill: life with Monte Cristo, *(Applause, 1 Apr 2000). Page 576. See also Van Deren Coke, [Nordfeldt, the painter](http://books.google.co.uk/books?ei=ErnsT5TJAs-n8QOH4ai-BQ&id=NOGeAAAAIAAJ&dq=Nordfeldt+homeopath&q=homeopathic#search_anchor), (University of New Mexico Press, 1972). Page 35). Margaret had an MD from Boston University and had studied with Carl Gustav Jung in Zurich and she then practiced in New York. They married in 1909 and they divorced in 1944 after a four year separation. Margaret was the first secretary of the Province Town Players (Robert Károly Sarlós, [Jig Cook and the Provincetown Players: Theatre in Ferment*](http://books.google.co.uk/books?id=1Es4hTD2BDUC&pg=PA193&dq=Nordfeldt+homeopath&hl=en&sa=X&ei=ErnsT5TJAs-n8QOH4ai-BQ&ved=0CEAQ6AEwAQ#v=onepage&q=Nordfeldt%20homeopath&f=false), (Univ of Massachusetts Press, 1982). Page 193).

’… Nordfeldt was born in Tullstorp, Malmö, Skåne County, Sweden the son of Nils and Ingrid (Nordfeldt) Olsson. The family immigrated to the United States in 1892. He first worked as a typesetter for the Swedish language newspaper, Det Rätta Hemlandet. He attended the Art Institute of Chicago and studied with Frederick Richardson. He later apprenticed with Albert Herter in New York City. He studied in Paris at the Académie Julian.

During World War I he was in San Francisco where he registered for the draft. During the war, Nordfeldt was assigned to San Francisco to supervise the camouflage of merchant ships. After service in World War II, he moved to Taos, New Mexico. In 1921, Nordfeldt joined the Taos Society of Artists. In the late 1930s he relocated to Lambertville, New Jersey.

Throughout the 1930s, Nordfeldt taught at various schools including Utah State College, the Wichita Art Association and the Minneapolis School of Art. From 1941-43, he was a guest professor for the Department of Art of the University of Texas.

Nordfeldt worked in diverse styles and media, including etchings and prints, portraiture, still lifes, and landscapes. Nordfeldt strove for a flattening of form and distortion of space, creating stylized images. He chose subjects laden with emotional power, especially nature and religious scenes.

Nordfeldt exhibited in numerous museums and galleries and received many significant awards and prizes in the course of his career. His works are held in the Art Institute of Chicago, the New York Public Library, Museum of New Mexico, Metropolitan Museum of Art, Newberry Library, and the Hirshhorn Museum as well as many other venues. Biographical sketches for Nordfeld are published in most standard art reference works. His papers are held in the Manuscript Collections of the Archives of American Art. He died in Henderson, Texas on April 21, 1955…’