Epidemic Man and his Visitations 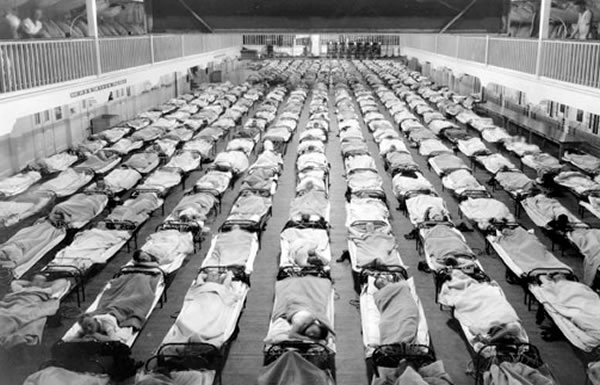 {::}**Epidemic Man and his Visitations** by James John Garth Wilkinson 1893

In this book written by James John Garth Wilkinson in 1893, the author outlines the true causes of epidemics, pestilences, wars, violence and disease.

James John Garth Wilkinson calls these effects ‘evil correspondences’, as the stronger Nations can deny all responsibility for them.

James John Garth Wilkinson explains that ‘the attitude of Man to the World is the source of all his bliss and his woes. This manifests into the World in the ‘misuse of the soil of many ages’, resulting in pestilence, violence and warfare… and all at the expense of Man’s better nature’.

Cholera, for example, seems to originate from India, and Influenza from Russia. Why?

With or without bacilli, human health is always trembling in the balance of healthy maintenance, and may take on disease from causes within or without, so the failures of organisation, mental or physical, attract disease, so susceptibility is the first parent of disease.

Why does one man catch scarlet fever but his neighbour does not?

Depravity in humanity is not the cause of evil (disease) in the World, but a consequence of it, a reflection of our lusts and hatreds.

The Great Man in a prime form is not yet realised in our World, but it points to an ‘impending connectedness of all races’, checked at the moment by hostilities and mutual dislike that animates Nations today. Resolution must occur first in individual minds, then in Nations, to transform hatreds into charities. Unfortunately, the forces work the other way, into disease (dis-ease), plagues, pestilences, famines and warfare.

Diseases may be spread by individual travellers, but the thundercloud is at their source, and weaker Nations attract the lightening which but for their susceptibility, would never strike. The bad habits of races equal a consequent ‘fatal stupidity’.

The mind has a voluntary and an involuntary side, and they are in constant communication with each other. Daily habits add to the ‘fatal stupidity’ of piles of consequences, which vary culture to culture.

The Truth is needed to shine on our histories, which are often false. Motive shows profit and pleasure takes precedence in the ‘pathological mind’. The World weather covers many peoples, sun spots affect us, but we remain negligent of subtle influences which are weightier than many obvious influences.

Therefore disease may kill the body and great mental shocks and terrors may kill societies. Subtlely, we all feel them as if we are ‘One Man’. All disorders are spiritual disorders first, then mental depravities, then bodily diseases, and then mundane catastrophes.

Cholera affects the poor in the worst neighbourhoods in the unwholesome dwellings, with no sanitation, who eat terrible diets; whereas influenza affects the rich in their fabulous homes, with good sanitation and good diets. Why?

The hunger of the rich (for wealth and power) corresponds to the hunger of the poor (for food and sustenance); in the rich the mind is affected, in the poor the body is affected. Cholera and influenza are both epidemics, but they affect difference people and different parts of the body. Why?

‘Epidemic Man’ indulges in all sorts of destructive behaviour with impunity. Note how conscientious living limits disease. Free will and free choice is at the bottom of it all.

Why does mental desire for power and riches in stronger Nations cause such disease in weaker Nations? Powerful self interests cause ‘hatred of all Nations’ but themselves. (Note that all Nations are equally guilty in different ways).

Nature can produce abundance in excess in one year, and then produce epidemics in another, from plagues to volcanoes. Thus Nature is an instrument on which its component parts may play, as all things work together to create the Zeitgeist, forces explained in ancient times as furies, muses, graces or gods.

The Doctrine of Correspondences indicates that the seen and the unseen act together (‘One God Man’) and cannot be separated. Today, ‘Modern Man’ does not believe in consequences accruing from the actions of Mankind, and does not understand that the ‘Good Man’ (Spiritual Man’) and the ‘Bad Man’ (‘Evil Man’) reside together in the World and both influence events.

This ‘Spiritual World’ is denied by ‘Modern Man’, who also denies that all numinous and all material influences in the World are correspondential to each other.

The Doctrine of Correspondences also connects past and present, so the ‘Natural Man’ knows about the Golden Age and the fall of man - and that both modify Nature - and also that ‘Divine Revelation’ tells us that all evil things and all diseases ‘flow from the hells’ due to free will. (Our denial of the numinous influences at play here is simply a way to deny our responsibility for the terrible consequences - as like Lady Macbeth or Pontius Pilate - we try to wash our hands of our guilt).

Nature corresponds to Man’s use of free will (Emanuel Swedenborg’s ‘Commanding Light’). We need ‘Divine truth’ (actual reality) and ‘Divine Goodness’ (true and honest behaviour) to cure such terrible epidemics.

However, ‘the World would be at a standstill unless evil could have its way as well as good’. Everybody knows this to be true, and all the World denies it.

Man alters the very ground on which he exists by his virtues and his vices. Humanity is one personality on this Earth, which comprises a ‘Spiritual World’ flowing through ‘Natural Man’ into Nature.

The attitudes of Man to the World is the source of all his bliss and his woes. This manifests into the World in the ‘misuse of the soil of many ages’, resulting in pestilence, famine, violence and war… and all at the expense of Man’s better nature.

The above summary of the first 54 pages of James John Garth Wilkinson‘s book Epidemic Man and his Visitations, written in 1893, a book which actually contains 128 pages.

James John Garth Wilkinson ends the book with a summary of the main points listed above.