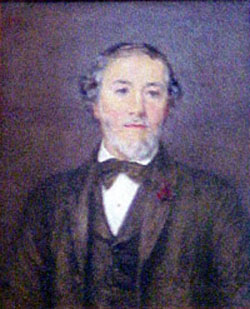 Allingham was born in Ballyshannon, County Donegal, Ireland and was the son of the manager of a local bank who was of English descent.