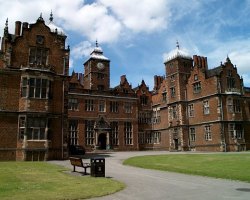 Newton John Lane 1800 - 1869 was a British gentleman and Sheriff of Staffordshire, who was on the Management Committee of the Hahnemann Convalescent Home Bournemouth,

From http://thepeerage.com/p8083.htm#i80830John Newton Lane  was born on 4 December 1800 at Aston Hall, Warwickshire, England. He was the son of John  Lane and Sarah  Lloyd. He married Hon.  Agnes Bagot, daughter of William Bagot 2nd Baron Bagot of Bagot’s Bromley and Lady  Louisa Legge, on 8 January 1828.