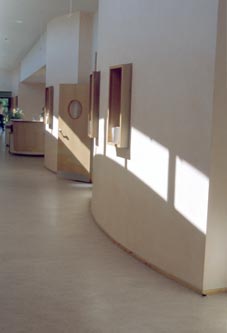 1866 - the Glasgow Homeopathic Dispensary moved to 280 George Street, Glasgow, (John Thomson and Matthew Thomson were still working at this establishment - this Dispensary may well have closed due to the death of John Thomson?),

1880 - The Glasgow Homeopathic Dispensary was founded by a small group of homeopathic physicians. This Dispensary was the main centre of homeopathy for the whole of Scotland for the first 30 years (Peter Morrell, A History of Homeopathy in Glasgow on line http://www.homeoint.org/morrell/glasgow/preface.htm).

John Houldsworth 1807 - 1859 was the son of a Nottingham cotton spinner who moved to Cranstonhill and worked in Kelvinbridge. John Houldsworth was educated in Glasgow, Geneva and Heidelberg. He entered the family business, and rose to become the head of spinning. The company expanded into iron, establishing the Anderston Foundry and Machine Works, later known as the Anderston Foundry Company.

1914 - the Houldsworth Hospital was started at 5 Lynedoch Crescent, Glasgow, under the guidance of Robert Gibson Miller, 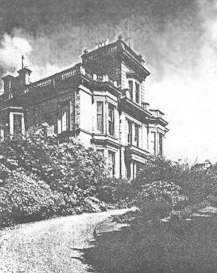 Oakpark, Mount Vernon, was gifted by Mr. and Mrs. William Fyfe, to a group of prominent Glasgow citizens to be utilised as a hospital for the treatment of non infectious diseases of children, with the stipulation that such treatment should be purely homeopathic.

1929 - an out patient block was built adjacent to the main building of the Glasgow Children’s Homeopathic Hospital,

1931 - the hospital moved to 1000 Great Western Road, Glasgow, and the premises at Lynedoch Crescent became the Out patient Dispensary, Charles Cospatrick Archibald Douglas Home 13th Earl of Home was invited to be Honorary President of the Scottish Lay Homeopathic Association; and he also opened the Glasgow Homeopathic Hospital in Autumn 1931,

1932 - *From the 1930’s onwards, lay homeopathy found its feet in Glasgow, thanks to the Glasgow Homeopathic Hospital - see below:

1934 - the British Homeopathic Congress was held at the hospital,

1936 - an extension to the back wing of the Glasgow Children’s Homeopathic Hospital was built,

1944 - the Board of Management of the hospital amalgamated the Glasgow Children’s Homeopathic Hospital and the Houldsworth Hospital,

1946 - Howard Henderson Patrick retired from the hospital after 37 years,

1948 – the hospital complex becomes incorporated into the NHS, and is now known as the Glasgow Homeopathic Hospital,

1950 - John and Elizabeth Paterson worked at the hospital,

1953 - The Glasgow Homeopathic Hospital published: What Homeopathy is Doing in the NHS In Scotland (1953)

1972 - T Fergus Stewart (who was on the Board of Management of the hospital) and his wife Elizabeth Somerville Stewart both died in the Staines plane crash, as did Elizabeth Hawthorn, Matron at the Glasgow Homeopathic Hospital,

1972 - an outpatient branch of the Glasgow Children’s Homeopathic Hospital is still operating at 221 Hamilton Road, Glasgow,

1987 - the out patients dispensary at Lynedoch Crescent was moved to within the hospital at 1000 Great Western Road,

1999 - the hospital moved to new purpose built premises in the grounds of nearby Gartnavel General Hospital,

*From the 1930’s onwards, lay homeopathy found its feet in Glasgow, thanks to the Glasgow Homeopathic Hospital.

The following is with grateful thanks to 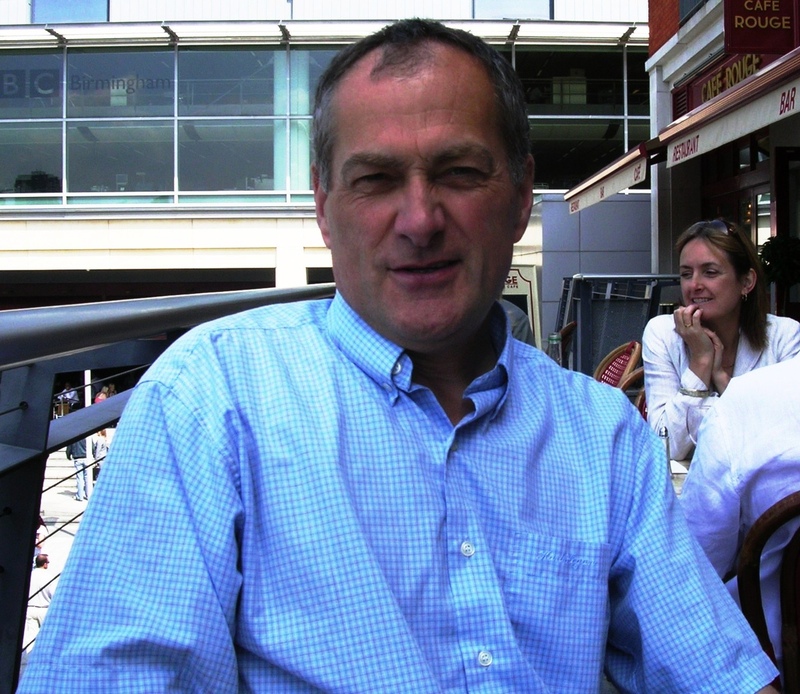 There was a big revival of homeopathy throughout Scotland [and the rest of the UK] in the 1930s.

This revival was spearheaded mainly by lay practitioners, and they formed the Glasgow Lay Homeopathic Society in 1932. Letters about their activities appeared in Heal Thyself throughout the 1930s.

Charles Cospatrick Archibald Douglas Home 13th Earl of Home, was invited to be Honorary President of the Scottish Lay Homeopathic Association; and he also opened the Glasgow Homeopathic Hospital in Autumn 1931, Heal Thyself 1932

Bailie Ninian Macwhannell, c.1880- c.1960, Glasgow, Senior Magistrate in Glasgow, Chairman and Founder of the Glasgow Lay Homeopathic Society 1932 and “…with an interest in homeopathy extending over 30 years.” [Letter in Heal Thyself, 1932]

Hunter Beattie, c.1880-c.1960, Scotland:  ‘A lay homeopath and herbalist, populariser of soaps and perfumes, herbal toiletries salesman, HBT was the popular trade-name for Hunter Beattie Toiletries into the 1940s. He was a homeopath of sorts and supported lay homeopathy in general.’ [Pert, 1991]

William Ernest Boyd hammered that type of criticism saying it was invalid unless you had experience of the technique. Like all lay homeopaths in Glasgow at that time, Jack Short was in a group called Glasgow Homeopathy Supplies which was a shop used as a base for consultations, usually 5/- [5 shillings; 25 pence; a quarter of £1] per appointment.” [Pert, 1991]

Francis Treuherz went to see Ephraim Connor’s widow in 1985 and compiled an article about him [Ephraim Connor, Francis Treuherz, 1986 in The Homeopath]. Ephraim Connor appears to have been a strange figure, who kept a big house near Motherwell with a huge stock of old remedies from all the main manufacturers. He also kept a large collection of guns. Little is known of how his original contact with homeopathy came about, for example, or if he was taught by any doctors in Glasgow.

Douglas Craig c.1901 - c.1995 Douglas Craig lived at 15 Shamrock Street in Dundee [in 1990] and was a homeopath and naturopath for many years, training and practising for most of his working life mainly in Canada, returning to Scotland in old age.

29.11.11 The Inside Story of the Glasgow Homeopathic Hospital:

Glasgow Homeopathic Hospital is much loved. It’s been part of the West of Scotland’s health care for over a 100 years, and from the inception of the National Health Service, “the homeopathic” was taken into State ownership and management.

Uniquely in Scotland, it integrated a range of therapeutic approaches long before the terms “integrative” and “integrated” care became popular. For example, the hospital in 1000 Great Western Road had an operating theatre and the surgeons and homeopathic physicians worked together in the interests of their patients.

Money donated by the Scottish Public as far back as the 1930s was used to build the new premises in the grounds of Gartnavel Hospital which opened at the end of 1999 with signage on the front wall “Centre for Integrative Care. Glasgow Homeopathic Hospital”.

It’s a long time since “the homeopathic” employed surgeons, and the emphasis these days is on “integrative care” - holistic, patient-centred, non-pharmacological and non-surgical interventions intended to increase resilience, well-being and coherence through empowering and enabling patients. Homeopathy both informs, and fits easily into this broad approach.

In recent months an aggressive campaign of misinformation and insult against homeopathy in general, and the NHS Homeopathic Hospitals in particular. There’s no doubt this has produced deep distress in patients and staff alike. In addition, the economic situation has created a hugely challenging time for the whole of the NHS, and doctors’ training and career pathways plus the Agenda for Change have produced enormous changes for NHS health care workers. Despite this almost perfect storm of pressures, the staff working with their NHS managers, have embraced change and engaged in a root and branch redesign of the service.

The service will now be known as “The NHS Centre for Integrative Care. Glasgow Homeopathic Hospital” to better communicate the fact that this NHS facility offers a range of therapies and interventions all intended to be integrative in their effects and integrated within care pathways. The service has been redesigned to address the Scottish government’s Long Term Conditions agenda to best improve the care of patients with chronic illnesses.

We have reduced the number of inpatient beds, cut back from 7 day to Monday to Friday care, and developed a number of programmes for outpatients and day patients in groups and on a one to one basis, all with the intention of empowering patients and enabling them to learn ways to increase their energy levels, reduce their levels of pain, improve their well-being and reduce their needs for both pharmacological medicines and admissions to other hospitals.

The number of referrals to the hospital have remained steady throughout the whole of 2011. There has been no decline in demand. The Scottish NHS is not structured the same way as the English and Welsh services, most notably with the central role of unitary Health Boards in Scotland which agree annual block contracts for referrals between themselves. There are no commissioners. Highland Health Board has decided it does not wish to pay for homeopathic medicines, but continues to support the referral of patients from their area to the NHS Centre for Integrative Care for holistic, integrative assessments and care programmes.

The Chronic Fatigue Service in the hospital was commissioned by NHS Greater Glasgow and Clyde, and is the only specialist NHS service for patients with this condition in the health board area.

NHS Greater Glasgow and Clyde at all levels of management have repeatedly stated clearly that there are no plans to close the NHS Centre for Integrative Care.

The shift in emphasis towards greater outpatient care, with the parallel reduction in inpatient care, means that two “ward doctors” are not required. Historically, the ward doctor posts were filled by doctors nearing the end of their specialist training, but with “Modernising Medical Careers”, one of these posts was changed to a “Foundation Year” one - doctors in their earliest years of training. These doctors rotated through the hospital on 4 month programmes, where the previous doctors had 12 to 18 month contracts. They were also included in the Acute Medicine rota which resulted in their frequent time off from daily ward work to compensate for their out of hours work. This all led to a higher demand on the other staff and at our request, the Postgraduate Dean withdrew the position, agreeing that it was not an appropriate post for a service specialising in the needs of patients with complex, chronic conditions. He had nothing but praise for the quality of training in consultation technique, communication skills and holistic assessment of those with chronic ailments which these young doctors received during their brief rotation with us.

Closing the pharmacy was a difficult decision, but it has normalised the relationship between this secondary care service and GPs. All other hospital specialists recommend treatments but don’t issue the prescriptions. It has also enabled us to contribute to the targeted budget savings required across the NHS without losing further posts (over 90% of the hospital’s budget is spent on people - staff salaries and costs)

We are currently working hard to build a secure future for this unique NHS service which serves the needs of patients largely with incurable conditions. It is hard to see where these particular patients would receive greater benefits at less costs within the NHS.