Augustus Clissold was an admirer of Richard Whately Archbishop of Dublin (who was a dedicated adherent of homeopathy), and his books were published in America by Otis Clapp - one of the contacts made by James John Garth Wilkinson via his great friend Henry James senior,

James John Garth Wilkinson extended and added preliminaries to the translations of Augustus Clissold, thus bringing him to the attention of both Henry James senior and Ralph Waldo Emerson,

Augustus Clissold’s writings were reviewed in John Chapman’s _Westminster Review_ in 1881,As a poor Curate at St. Mary’s Church in Stoke Newington in 1829 (the Rector was George Gaskin), Augustus Clissold would have been a poor catch for a rich heiress (see below*) (Clissold House is just across the road from St. Mary’s Church), but despite her father’s determined opposition (he spent the rest of his life trying to prevent their marriage), Eliza Crawshay married her beloved when her father died in 1835.

Eliza’s money enabled Augustus Clissold to publish his books in a lavish manner, not lost on The British Quarterly Review, who assumed he was a ‘man of substance’, (indeed, Augustus Clissold would have been entitled to dispose of Eliza’s money as he wished, an injustice which was finally ended with the Married Womens’ Property Act of 1882 - though hopefully in this instance Eliza was all for her husband’s endeavors as in 1854, Augustus donated £3000 to acquire a building for the Swedenborg Association in Bloomsbury Street to use as a library, and he bequeathed £4000 to the Swedenborgian Society in his will

Augustus Clissold junior and his brother of Henry B Clissold, sons of Augustus Clissold senior, were born in Stonehouse near Stroud in Gloucestershire, was educated at Exeter College, Oxford, and he was a Curate at

*Crawshay, the proprietor of the park in the mid to late 1800s, had a daughter who was courted by Rev. Augustus Clissold. Crawshay had a dislike for vicars, and had a servant chase him away with a shotgun.

The couple had previously been conducting a secret affair that had allegedly prompted Eliza’s father to build a high wall around the estate to keep out the lovelorn parson.

In 1881, Augustus Clissold was a widower ‘born Gloucestershire; occupation Clerk in Holy Orders without Care Of Souls’ and living at 3 Broadwater Down, Tunbridge Wells, with his sister Diana Clissold,

Some thoughts on the Clissold family Geneology

He held for some time the curacies of St. Martin in the Fields and St. Mary, Stoke Newington, but having become an enthusiastic student of the writings of Emanuel Swedenborg, he withdrew from the ministry about 1840, although he remained nominally connected with the church of England to the end of his life.

He continued to reside at Stoke Newington, with occasional migrations to his country house, 4 Broadwater Down, Tunbridge Wells, and he died at the latter place on 30 Oct. 1882, in the eighty sixth year of his age.

Clissold translated and printed at his own expense Emanuel Swedenborg’s ’Principia Rerum Naturalium,’ 2 vols. 8vo, London, 1845-6, and ’Œconomia Regni Animalis ’ (edited by James John Garth Wilkinson), 2 vols. 8vo, London, 1846, both of which he presented to the Swedenborgian Association, started in 1846 for the publication of Emanuel Swedenborg’s scientific works, and merged, after its task had been accomplished in a great measure, in the larger Swedenborgian Society.

Of this association Clissold was chosen President.

In 1838 Clissold joined the Swedenborgian Society as a life member, and in the same year he was placed on the committee. In 1840 he was elected chairman of the annual meeting.

In 1864 he purchased for the use of the society a seventy years’ lease of the house, 36 Bloomsbury Street, which has since become the depot of ’ New Church ’ literature.

During the stormy time through which the Swedenborgian Societypassed in 1869 and 1860 Clissold assisted it liberally with money, and by his will he bequeathed to it the sum of £4,000. In 1870 he busied himself in forwarding the publication of the work known as ‘Documents concerning the Life and Character of Emanuel Swedenborg, collected, translated, and annotated by R. L. Tafel,’ 2 vols. 1875-7, and during the last two years of his life he assisted largely the publication, of Swedenborg’s posthumous work on ‘The Brain,’ 1882, &c., forming a portion of the ‘Regnum Animale perlustratum ‘(Tagel, Memorial Sermon). 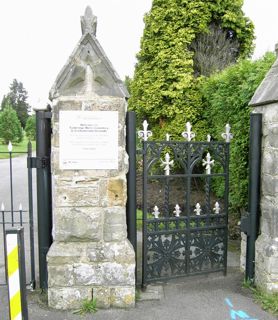 Frederick Clissold - 1844, brother of Augustus Clissold junior, ‘accidentally destroyed himself’ by taking too powerful a dose of prussic acid.. in 1844

From http://www.clissoldpark.com/history.htm In the 1880s the grounds of Clissold House and the adjacent Newington Common were threatened with development, and two prominent campaigners, Joseph Beck of The City of London and John Runtz of The Metropolitan Board of Works (MBW) persuaded the Board of The Metropolitan Board of Works to buy the land and create a public park. On 24 July 1889, Clissold Park was opened by the newly formed London County Council (LCC).

The two ponds in the park are named the Beckmere and the Runtzmere in honour of the two principal founders.

Clissold Mansion, a Grade II listed building, dates back to the 1790’s when it was built for Jonathan Hoare (brother of Samuel Hoare - one of the twelve founding members of the Society for the Abolition of the Slave Trade), a local Quaker.

The short stretch of water in front of Clissold House was once part of the New River, which ran from twenty miles outside of London to Roseberry Avenue, supplying drinking water to the capital. Other remnants of the New River can be seen in Canonbury.

Like many other great London parks it was managed and maintained by the LCC until the abolition of the GLC in 1986, when it passed into the hands of Hackney Council.

The 54 acre park has a very wide range of tree species, and for many years the larger pond was used as a boating lake.

The CPUG has been working for some years with officers at Hackney Council to submit a bid to the Heritage Lottery Fund to restore Clissold Mansion and upgrade the quality of the landscape, along with the paths, gates, railings and other ornamental features.

Clissold House was commissioned in 1790 by Jonathan Hoare a Quaker and merchant whose family were prominent in the anti-slavery movement and completed in 1793 in what was then Newington Common.

However, Jonathan Hoare got into debt and his mortgage was foreclosed in 1800, the house and estate then transferring to one Thomas Gudgeon (?a British seaman who was also engaged in the Antislavery campaign).

The *Crawshay family acquired it from Thomas Gudgeon in 1811 and the estate was renamed Newington Park.

In 1835, *Crawshay died, and his daughter Eliza took it over and married curate Augustus Clissold, a union long opposed by her father, now unfortunately unable to do anything about it.

Augustus Clissold died in 1882 and the estate passed back to the *Crawshay family, who sold it in 1886 (sold by *George Crawshay) to the Ecclesiastical Commissioners for the purposes of building and development, to the horror of local people.

However, a newly formed environmental pressure group, the Commons Preservation Society, who had campaigned across London against building on old common land such as Hampstead Heath, had other plans for the park.

Along with the Metropolitan Public Gardens Association, they argued for the need to conserve the rare trees and local ecology of the park, and their campaign was joined in 1887 by a committee headed by Joseph Beck, of the Council of the City of London, and John Runtz, of the Metropolitan Board of Works (forerunner of the LCC and the GLC), both of whom were local residents.

Working day and night, holding public meetings and raising a 12,000-name petition, Beck and Runtz finally persuaded Runtz’s employers in the face of stiff opposition from the developers to accept money from Stoke Newington vestry and three neighbouring local authorities (South Hornsey, Hackney and Islington) to buy the park.

The decision was validated by a new Act of Parliament the Metropolitan Open Spaces Act which allowed the land to be kept for public use and access. Beck paid a cheque for £96,000 into the Bank of England on the morning of 10 January 1889, and the park was saved.

The park was opened on 24 July 1889 by Archibald Philip Primrose 5th Earl of Rosebery (Prime Minister in 1894), Chairman of the newly established LCC, and was one of the first parks in London to provide animals and rare birds.

The newspapers of the day described it as ‘the finest of London’s open spaces’ and concluded that ‘for beauty, it cannot be matched for miles around’.

As a mark of respect and gratitude, a public subscription was raised to erect a water fountain in honour of Runtz and Beck. The fountain, on the path from the bridge over the pond to Green Lanes is still there today, and it carries an inscription, as follows:

‘This fountain was erected by subscription AD 1890 in grateful recognition of the united efforts of Joseph Beck and John Runtz as leaders of the movement by which the use of the park was secured to the public for ever’.

The pair were further commemorated by naming two lakes to the north of the park Beckmere and Runtzmere, although the names have fallen into disuse.

Thanks to these two men, and the substantial support of the local people, Stoke Newington now had its own public space and one which at least rivalled Victoria Park (the first London park, built in 1845) to the south and Finsbury Park (1860) to the north. And the developers had to look elsewhere.

Newcomers and visitors to the area may be surprised to learn that the ornamental stretch of water - home to the ducks and terrapins - across from Clissold House was until recently part of the New River.

This was canal built in the early 17th century to bring clean water from Hertfordshire into the City of London. Until 1946, when it was filled in, it ran from the Woodberry Down reservoirs and through Clissold Park in a loop, entering under Green Lanes and coiling westwards alongside what was Paradise Row, which became part of Church Street in 1937.

The river now terminates at the old pumping station, which is currently in use as a climbing centre and whose neo-Gothic towers dominate the northern end of the park.

*The Crawshay Family Archives are held in the National Library of Wales:

The family of Crawshay’s mother, Josephe Louise Dufaud (1802-1883), owned the largest ironworks in France, at Fourchambault.

Crawshay was educated at Trinity College, Cambridge and, although he did not graduate, subsequently entered the Inner Temple. However, the death of his brother in law, Francis William Stanley, obliged Crawshay and his younger brother Edmund to take over the management of the Hawks, Stanley & Co. ironworks at Gateshead.

By the mid-1840s the factory had become the largest ironworks on Tyneside, employing over a thousand workers and producing a vast range of iron goods, many of which were exported to India and the Far East.

Crawshay was also prominent in both local and wider-ranging social and political issues. He was elected town councillor for West Gateshead in 1854 and served as mayor three times, in 1856, 1859 and 1863.

A Radical and Dissenter who advocated religious tolerance, he was very much involved in the Anti Corn Law League, the Chartist movement and foreign nationalist issues, including the oppression of the Turkish people during the 1870s.

In 1889, disaster struck Crawshay when the ‘New Greenwich’ ironworks of Hawks, Crawshay & Sons at Gateshead suddenly closed amid accusations of neglect and incompetency - claims which were never fully verified.

Crawshay retired to his daughter Florence’s home in Sussex, where he died leaving an estate of just £25.

George Crawshay was a man of eclectic interests, an able scientist and mathematician, with a flair for foreign languages. He also demonstrated literary talents in poetry, prose and drama: his semi-autobiographical romance A Silver Shape was finally published in 1980.