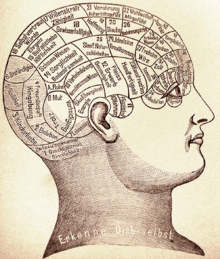 Browne was an ardent advocate of Phrenology, a student of Andrew Combe and George Combe, who were both ardent advocates of homeopathy,and he knew Dorothea Dix,

Browne married Magdalen Balfour, sister of John Hutton Balfour, ?possibly related to George William Balfour and Thomas Graham Balfour, who did such sterling work with the clinical trial of belladonna in the treatment of scarlet fever, and observation of the work of Friedrich Wilhelm Karl Fleischman at the Vienna Homeopathic Hospital, on the insistence of John Forbes, to observe the homeopathic treatment of his patients,

Browne’s son James Crichton Browne (1840-1938), a leading British psychiatrist and one of Charles Darwin’s most significant correspondents and collaborators, experimented with the homeopathic remedy conium in the treatment of mania, and found to his surprise that it had a pronounced effect on the brain (Anon, The Monthly Homeopathic Review, (1872). Page 176). James Crichton Browne also experimented with provings of chloroform (Richard Hughes, A Cyclopaedia of drug pathogenesy, issued under the auspices of the British Homœopathic Society and the American Institute of Homeopathy, Volume 2, (Published for the British Homeopathic Society by E. Gould & Son, 1891)) which were avidly picked up in homeopathic publications.

From http://en.wikipedia.org/wiki/William_A._F._Browne Browne became a physician at Stirling in 1830, and gave lectures on physiologyzoology at the Edinburgh Association which was formed in 1832 by the town’s tradesmen.

In 1832-1834, Browne published a lengthy paper in the Phrenological Journal concerning the relationship of language to mental disorder and in 1834 he was appointed superintendent of Montrose Lunatic Asylum, where he advocated the idea that mental illness had a material basis as a fault of the brain, not of the mind.

It was at this time that Browne married Magdalen Balfour, sister of John Hutton Balfour, and they were to have eight children, the second of whom was James Crichton Browne, the eminent psychiatrist.

Browne gave frequent lectures on the reform of mental institutions. In 1837 his lectures were published with the title What Asylums Were, Are, and Ought To Be, and set out his ideas of the ideal asylum of the future.

In this enormously influential book Browne reviewed the contemporary perception that insanity was associated with civilisation, and claimed that insanity was increasing because, “as we recede, step by step, from the simple, that is, the savage manners of our ancestors, and advance in industry and knowledge and happiness, this malignant persecutor strides onward, signalizing every era in that social progress by an increase, a new hecatomb, of victims.”

He supported the idea that hereditary insanity was most prevalent amongst the highest rank of society, what he called the “insane rich”, and in the debate as to whether the problem was largely rural or mostly urban as William Farr had stated in 1835.

Browne concluded that “the agricultural population… is to a great degree exempt from insanity’. He speculated that insanity was common in America because “the refuse of other nations has been poured forth. … the tide of population, which has been flowing for so many years uninterruptedly towards America, has been impure and poisoned.”

He also suggested that the higher incidence of mental illness amongst women was the result of inequalities and poorer education.

On the basis of his studies of inmates of his hospital, he asserted that those canonised in the past as saints for their hyperactive organ of veneration would now be categorised as insane.

His Strong Remedies for Kindness in Custodial Care of 1837 described how “There is in this community no compulsion, no chains, no corporal chastisement, simply because these are proved to be less effectual means of carrying any point than persuasion, emulation, and the desire of earning gratification… such is a faithful picture of what may be seen in many institutions, and of what might be seen in all, were asylums conducted as they ought to be.”

In 1838 the wealthy philanthropist Elizabeth Crichton persuaded Browne to accept the position of physician superintendent of her newly constructed Crichton Royal Hospital in Dumfries. Here he encouraged his patients with writing, art and drama and a host of other activities, long anticipating the ideas of occupational therapy and art therapy.

Browne remained at the Crichton Royal Hospital until 1857 when his outstanding reputation resulted in his appointment as a medical commissioner to the Scottish asylums; in 1866, he was elected the first President of the Medico Psychological Association, and he used his Presidential Address as an opportunity to spell out his concepts of medical psychology.

In 1870, while on official circuit in East Lothian (near Haddington), Browne was involved in a road accident which resulted in his resignation as Commisioner in Lunacy, and, later, in increasing problems with his eyesight.

Browne retired to his home in Dumfries and worked on a series of medical and literary projects, including the Religio Psycho-Medici (1877), in which he re-explored the territories of psychopathology and the religious outlook.

At this stage, Browne seems to have fastened on the therapeutic quality of the aesthetic aspects of mental life. In 1839, Browne had initiated one of the first collections of art by mental patients in institutions, gathering a large amount of work which he had bound into three volumes, in many ways a forerunner of Hans Prinzhorn’s Artistry of the Mentally Ill and the academic study of outsider art (art brut).

The Crichton Royal was visited by the American reformer Dorothea Dix in the 1850s. A paper by Browne on Mad Artists was published in 1880 in the Journal of Psychological Medicine and Mental Pathology, setting out his views on mental illness and the effect it had on established artists.

Browne’s last years were clouded by the death of his wife in 1881 and by his increasing visual problems; but he lived to see his son James Crichton Browne’s achievements in medical psychology rewarded by his election as a Fellow of the Royal Society with the very active support of his undergraduate acquaintance, Charles Darwin.