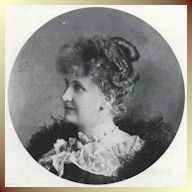 {::}Lady Emily Bulwer Lytton (1874–1964) was the granddaughter of Edward Bulwer Lytton and the wife of Edwin Landseer Lutyens (“the greatest British architect”), Emily was an advocate of homeopathy.

Emily’s grandfather Edward Bulwer Lytton was a patient of homeopaths Frederick Hervey Foster Quin and James Manby Gully, and his wife was also an advocate of homeopathy, giving homeopathic remedies to her own children and to Emily’s children,

Emily was a Member of the Theosophical Society and she knew Annie Wood Besant. Emily was a Vice President of the Vegetarian Society,

They had five children but the union was largely unsatisfactory, practically from the start. The Lutyens’ marriage quickly deteriorated, with Lady Emily turning her interest to theosophy, Eastern religions and a fascination – emotional and philosophical – with Jiddu Krishnamurti.