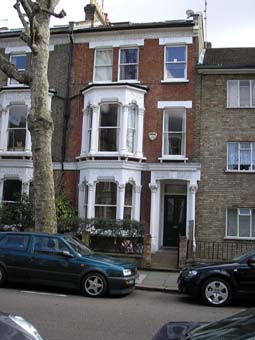 Denham was a student of Astley Cooper, and one of the oldest physicians on the Medical Register.

Denham practiced at Willow Lane, Norwich, and in Portsmouth, and in Doncaster, and at 4 Gloucester Terrace, King’s Road, Southsea, and at Upper Farm House Wonsersh, and at 23 Cromwell Grove, Shepherd’s Bush, West London,

In 1836, Denham wrote to _____The Lancet _to defend himself from an attack by a Mr. Charles Robert Bree of Stowmarket, because Denham criticised ’medical humbug clubs’ (for the poor and their medics to become independent of the Poor Law Union) at the Woolpit Swan pub,

In 1845, Denham wrote to _The Lancet_ to congratulate a colleague for his support of a Charter granted to the College of Surgeons,

In 1871, Denham was a member of the National Rifle Association,

In 1876, Denham brought an Action against the Registrars of Portsmouth City Court to recover a sum of £1000 by way of reparation for losses - ?details,

Denham wrote The Folly and Mischief of Using Purgative Medicines, Improved Disposal of Sewage, Verba consilii; or, Hints to parents who intend to bring up their sons to the Medical Profession, The use and action of stays and corsets, on disease & developement of the female figure, The extinction of small-pox and diseases of vaccination by a practical process, The Queen, the parliament, and the people, A Letter to Mr. Garrington, Surgeon … on Honesty, Consistency, and Truth; or, Insolence to homeopathy, etc, The Law of God and the Law of Man with reference to the punishment of death, Essays on health. Nos. 1 and 2, Death from nitrous oxide at Exeter,