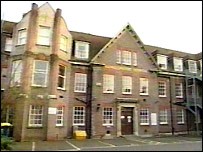 Cheverton also practiced veterinary homeopathy and was an antivivisectionist and a vigorous defender of animal rights,

From a review of _The Present State of the Practice of Physic_ from The American Observer Medical Monthly in 1868:

The hollowness of the pretensions of medical practitioners of the old school, or “the regular physicians,” as they delight to call themselves, has long been suspected by the masses and well known to the initiated of other schools; nevertheless, the abuse, persecution and misrepresentation of every system of therapeutics not sanctioned by “authority” goes on undiminished.

We have often thought that the most fatal exposure of the shortcomings and crudities of allopathy, not to say crimes, would be a collection of cases treated by some half dozen fashionable allopathic practitioners, analyzed and explained, and a  compilation of the confessions, apologies and defenses of old school professors and authors when dwelling on the principles which they declare underlie the administration of drugs for the purpose of curing disease.

The author of the above-named pamphlet has brought together a number of such confessions and apologies from the pens of the most distinguished writers and teachers on medical science of modern times, amongst which we find extracts from Drs. Christian, Markham, Cowan, Cormack, Richardson, Copeman, B6hier, and others.

These extracts, though often directed professedly against that “monster humbug,” ”that hydra-headed thing,” “that greatest humbug of the age,” — homeopathy — prove, beyond the shadow of a doubt, that old physic is getting very sick, and of course very irritable; that she begins to be conscious that unless some reformation vastly different from anything which the history of the past two thousand years has afforded should rejuvinate her, her destiny is sealed, her days are drawing to a close.

Could all the families now confiding life and health to the care of allopathic doctors, read and appreciate such confessions as are here brought to light, we should not be surprised if some allopathic colleges went out begging for students and the offices of homeopathic physicians were besieged with throngs of suffering ones seeking for a more certain, rational and philosophical mode of cure.

It would also be well if our physicians should scatter such confessions amongst their present patrons, that they may be ready to give unanswerable reasons for their preference of the new school to the old to all who sneer at ” little-pill ” practice.

These extracts will also be handy to lecturers as quotations in illustrating the follies of allopathy. The suggestions of the author to students and young practioners are well-timed and important, and the pamphlet, as a whole, well worthy the perusal both of the public and the profession.

Cheverton’s Obituary is in The British Homeopathic Review, Volume 48 in 1904,

Cheverton was also a medical publisher, and he gave talks on homeopathic pharmaceutical practice and history, and he wrote The Present State of the Practice of Physic, and he also contributed to local horticultural publications, and to his local Photographic Magazine,