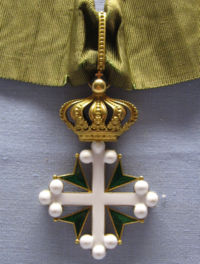 James Vaughan Hughes 1821 – 1916 MD St. Andrews 1847, MRCS England 1847, MRCP London 1848, Knight of the Order of St. Maurice and St. Lazarus of Italy (awarded by the King of Sardinia), Crimea and Turkish War Medalist and Clasps, Warneford Gold Medalist, Member of the Royal College of Surgeons, Member of the Royal College of Physicians of London, was a British orthodox physician, who converted to homeopathy to become a Surgeon at the London Homeopathic Hospital, a Member of the British Homeopathic Society,

James Vaughan Hughes was born in the Vale of Clwyd in North Wales, and he served in the Crimea under James Hall, and he was a Medical Officer at Balaklava Hospital, where he was associated with Florence Nightingale, attending her when she caught Camp Fever, and when he caught cholera, Florence Nightingale attended him in turn.

James Vaughan Hughes lived in Hemel Hempstead for many years, where he was a Governer of West Herts Hospital and a Commissioner of Taxes.

James Vaughan Hughes submitted cases and articles to various homeopathic publications, including_](http://books.google.com/books?id=HEoOIqZBu78C&q=Vaughan+Hughes&dq=Vaughan+Hughes&lr=&ei=GAoxS_2pLpmYyATH-sGKBA&cd=4) [_The Irritable Prostate, and he also wrote Blood disease, The chemistry of animal and vegetable life: a popular discourse, Seventy years of life in the Victorian era embracing a travelling record in Australia, New Zealand, and America, &c, Rheumatism, gout, and sciatica: their comparative treatment under the old and the new system,,