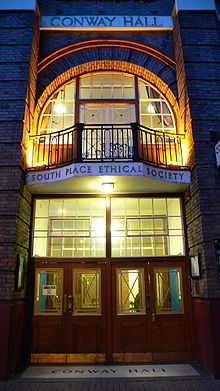 Richard Butler Gibb’s wife ran the Mother’s Anti Vaccination League, and his brother George Sleight Gibbs (an accountant and statistician) and their cousin John Gibbs (1811-1875) (a hydropath and author of the first anti vaccination pamphlet Our Medical Liberties 1854) were also active in the Anti Compulsory Vaccination League (William White, The Story of a great delusion in a series of matter-of-fact chapters, (E.W. Allen, 1885). Page 547 - also biography of John Gibbs page 508-509

From William White, The Story of a great delusion in a series of matter-of-fact chapters, (E.W. Allen, 1885). Page 543-544.  Richard Butler Gibbs (1822-1871)** *the cousin of John Gibbs (1811-1875), was born in London and became a commercial agent at Pease’s West Collieries for Joseph Pease (1799-1872) of Darlington. In 1863, Richard Butler Gibbs was a member of the Bishop Auckland Board of Guardians when he first moved publicly against vaccination, when he warned his colleagues that they were about to become the tools of a centra medical clique. By 1866, Richard Butler Gibbs had gathered all his resources and contacts together to form the Anti Compulsory Vaccination League, travelling all over the country lecturing and holding public meetings, driven by the repeated penalties for non vaccination instituted by Section 31, of the Vaccination Act 1867, which caused such an outcry, it could not be quietened even by the withdrawal of the Act itself. Many illustrious people joined his cause, including Henry Pitman (?-?)\**, the owner of the Co-operator, a mouthpiece for the birth of the Co-op movement, who had observed the ill effects of vaccination upon one of his own children. In 1869, Richard Butler Gibbs started the Anti Vaccinator penny journal which ran for eighteen weeks. He then became the editor of the Co-operator for ten years, in which he gave prominence to vaccination news. In 1870, he joined the Co-operator and the Anti Vaccinator *, which became the *Co-operative News in 1871.

From http://en.wikipedia.org/wiki/National_Anti-Vaccination_League After his death in 1871, the League underwent various changes until 1876 when it was revived under the presidency of the Rev. W. Hume Rothery. In 1880 the movement was enlarged and reorganised by the formation of “The London Society for the Abolition of Compulsory Vaccination,” and an office was opened in Victoria Street, Westminster, with William Young as secretary.

The “Vaccination Inquirer”, established by William Tebb in 1879, was adopted as the organ of the Society. A series of fourteen “Vaccination Tracts” was begun by William Young in 1877 and completed by (homeopath) James John Garth Wilkinson in 1879.

The movement grew, and as the influence of the London Society soon became national, it was decided in February 1896 to re-form the Society as “The National Anti Vaccination League.”

Its objectives were defined as:

In June 1867, the publication Human Nature campaigned against “The Vaccination Humbug”. It reported that many petitions had been presented to Parliament against Compulsory Vaccination, and many from parents who alleged that their children had died through the operation, and complained that these petitions had not been made public.

The journal reported the formation of an Anti Compulsory Vaccination League “To overthrow this huge piece of physiological absurdity and medical tyranny, and quoted Richard Butler Gibbs, who ran the Free Hospital at the same address as stating:

“I believe we have hundreds of cases here, from being poisoned with vaccination, I deem incurable. One member of a family dating syphilitic symptoms from the time of vaccination, when all the other members of the family have been clear. We strongly advise parents to go to prison, rather than submit to have their helpless offspring inoculated with scrofula, syphilis, and mania.”

The following papers are in the National Archive:

1843 - 1845: Testimonials from patients, and descriptions of cures at Gräfenberg under the guidance of Vincent Priessnitz, a leading exponent of hydropathy, during the time John Gibbs (brother of Richard Butler Gibbs, cousin of George Sleight Gibbs) was resident there…

1847: Appointment of Richard Butler Gibbs to act as guardian to George Sleight Gibbs and Martha Gibbs, his younger brother and sister (after the death of their father, Richard Gibbs)…

1869 - 1890: Correspondence from supporters of the National Anti Compulsory Vaccination League, with which George Sleight Gibbs was involved…

1871 - 1872: Solicitor’s accounts relating to the inheritance by George Sleight Gibbs of the Ballinora estate following the death of his brother Richard Butler Gibbs, 1871-1872…

1879: Memorandum of an agreement made by George Sleight Gibbs to apprentice his son William Pierie Gibbs to William Frederick Keating Stock, analytical chemist, with a certification by W.F.K. Stock that William P. Gibbs has completed his three years instruction…

Richard Butler Gibbs wrote Awful consequences of vaccination!: Or, an answer to the following assertion of the Select Committee on the Vaccination Act, 1867,

George Sleight Gibbs wrote How and how much the disease of diseases is propagated by vaccination: in a letter to Mrs. Richard Butler Gibbs, hon. secretary of the Mother’s Anti-Compulsory Vaccination League, Fortification by disease, and its effect on infant life: a third letter to Mrs. Richard Butler Gibbs, honorary secretary of the Mothers’ Anti-Compulsory Vaccination League,

The South Place Ethical Society (at 1 South Place Finsbury), based in London is thought to be the oldest surviving freethought organisation in the world, and is the only remaining Ethical Society in the United Kingdom. It now advocates secular humanism.

From http://en.wikipedia.org/wiki/South_Place_Ethical_Society The organisation began in 1793, as a group of nonconformists known as Philadelphians or Universalists. William Johnson Fox, a former theological student of John Pye Smith, became minister in 1817.

In 1824 the congregation built a chapel at South Place, Finsbury, London.

In 1926 they built new premises, Conway Hall at 37 Red Lion Square, Bloomsbury, on the site of a tenement, previously a factory belonging to James Perry, a *pen and ink maker. Coincidently this was the birth place of the prominent occultist, Harry Price. However the name of the society reflects the original location.

Conway Hall is named after an American, Moncure Daniel Conway, who led the Society from 1864-1885 and 1892-1897, during which time it moved further away from Unitarianism. Moncure Daniel Conway spent the break in his tenure in America, writing a biography of Thomas Paine.

In 1888 the name of the Society was changed from South Place Religious Society to South Place Ethical Society under Stanton Coit’s leadership.

The organisation is a member of the International Humanist and Ethical Union.

*See how homeopathy spread through the pen and ink manufacturing trade in England via Josiah Mason and his confederates.

** From William White, The Story of a great delusion in a series of matter-of-fact chapters, (E.W. Allen, 1885). Page 508-509.  John Gibbs (1811-1875) *born Enniscorthy, County Wexford on 25th May 1811, his father was Captain of the Royal Cork Volunteers, his education was ‘desultory’. John Gibbs was *’… sagacious, bright, earnest and independent, he early manifested a passion for such things as made for human welfare, and improvement…’ John Gibbs favoured abstinence from alcohol, he was an advocate of the water cure and founded the Enniscorthy Hydropathic Society. This led to him journeying to Silesia in 1843 to study under Priessnitz, when he left in 1847, he was equipped with his certificate of competency to practice hydrotherapy. His letters home were published in theWexford newspapers, including this one, dated 27th November 1844 ’… Another case of smallpox has just been treated by Priessnitz. The patient is the daughter of a peasant in the neighbourhood, and is about twenty years old. She was confined for eight days, and was most profuse.y covered with the eruption. An Italian physician aid that he never saw the symptoms come out better. She had at first the usual treatment - wet sheets, wet rubbings, and tepid baths; and, after the eruptions appeared, three wet sheets and three tepid baths daily. She will not have the slightest mark…’ _On his return, John Gibbs opened a Hydropathic establishment in Barking Essex, and ijn 1848, he became the medical superintendent at Grand Chartreuse in the Piedmont. He met and married Anna Skelton in Nice in 1849, and he returned to Britain to live in St. Leonards in Sussex. The Compulsory Vaccination Act of 1853 led to him publishing _Our Medical Liberties in 1854 [John Gibbs, Our Medical Liberties, Or, The Personal Rights of the Subject, as Infringed by Recent and Proposed Legislation: Comprising Observations on the Compulsory Vaccination Act, the Medical Registration and Reform Bills, and the Maine Law, (Sotheran, Son, and Draper, 1854)], and he wrote a letter to the Board of Health which was issued as a parliamentary paper. He was too frail to protest the more vehement controversy which followed in subsequent years, and when his wife died, he retired to Jersey to be near his sister, Mrs. General Lane. From http://en.wikipedia.org/wiki/Vincenz_Priessnitz Vincenz Priessnitz (1799-1851)**  ’… was a peasant farmer in Gräfenberg, Austrian Silesia, who is generally considered the founder of modern hydrotherapy, which is used in alternative and orthodox medicine. Priessnitz stressed remedies such as suitable food, air, exercise, rest and water, over conventional medicine. He is thus also credited with laying the foundations of what became known as Nature Cure…’