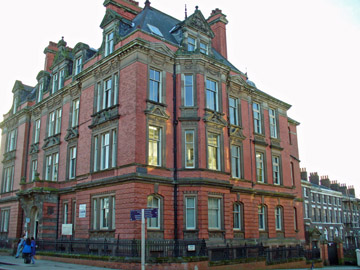 Peter Procter senior ?1814 - ?1886 MD, was a British orthodox physician who converted to homeopathy to become a House Surgeon at the Liverpool Homeopathic Dispensary,

His ?son Peter Proctor junior was also a homeopath,

Peter Proctor senior wrote On the Therapeutic Part of the British Repertory,

Rev. G J Proctor was also a supporter of homeopathy in 1872,

Peter Procter junior ?1835 - ?1909 LRCP Edinburgh LSA London MRCS England 1862, member of the Royal College of Surgeons, ?son of Peter Proctor senior, was a British orthodox physician who converted to homeopathy, to become the President of the Liverpool Branch of the British Homeopathic Society in 1906,

In 1867, Peter Proctor junior wrote a report on Homeopathy and Cholera in Liverpool, when the Dispensary allied to the Sisters of Mercy, raised a fighting fund and leafleted the area advising a bag of hot salt to the abdomen and 5 drop doses of spirits of camphor every 10 minutes, the camphor was distributed free to patients, the cholera was especially bad down by the docks, and less common on higher ground, the peak of the epidemic was at the height of the heat wave when the rain fell incessantly, on 18th and 19th September, when many cases presented in the collapse stage and died, and lessened as soon as the weather cleared.

The last case presented on 26.10.1867. Peter Proctor junior used the remedies camphor, arsenicum, cuprum, aconite, phosphorus and veratrum. Tartar emetic and secale were disappointing. 156 cases of choleric diarrhoea (no cases developed into cholera), and 99 cases of cholera were seen by Proctor, 14 died and 85 recovered. 13 additional cases were transferred to allopaths, 10 of which died.

Peter Procter junior submitted cases and articles to various homeopathic publications, including A Note on the Preparation of Carbo, The Treatment of Influenza, and he also wrote Discursive Practical Remarks,

The Peter Proctor was a ship based at Liverpool in 1843 which travelled the World shipping passengers, and presumably goods.

Peter Proctor was a Navy Lieutenant in 1810, and he served in Nelson’s Navy,