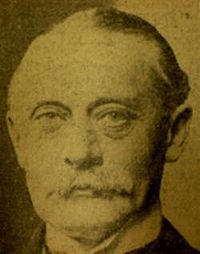 Jack Pease was an advocate of homeopathy, as was his first cousin Katherine Maria Routledge,

From Peter Morrell, A History of Homeopathy in Britain, (Staffordshire University).  The fact that this aristocratic patronage of homeopathy in the UK extended well into the 1940’s, and beyond, can be easily demonstrated…. the British and Foreign Homeopathic Directory lists the patrons of the dispensaries and hospitals. It reads like an extract from Burke’s or Debrett’s.

From [http://en.wikipedia.org/wiki/Jack_Pease,_1st_Baron_Gainford\](http://en.wikipedia.org/wiki/Jack_Pease,_1st_Baron_Gainford) Pease was born in Darlington, County Durham (a member of the Darlington Peases), the second and youngest son of Sir Joseph Pease, 1st Baronet, of Hutton Hall, Guisborough, and Mary, daughter of Alfred Cox. He was the younger brother of Sir Alfred Pease, 2nd Baronet, the nephew of Arthur Pease and the first cousin of Sir Arthur Pease, 1st Baronet, and Herbert Pease, 1st Baron Daryngton. He was educated at Grove House, Tottenham, a Quaker school, and at Trinity College, Cambridge.

When the Liberals came to power in 1905 under Henry Campbell Bannerman, Pease was appointed a Junior Lord of the Treasury (government whip). After Herbert Henry Asquith became Prime Minister in 1908 he was promoted to Parliamentary Secretary to the Treasury (Chief Whip) and sworn of the Privy Council.

In 1910 he entered Herbert Henry Asquith’s cabinet as Chancellor of the Duchy of Lancaster, a post he held until 1911, and then served under Herbert Henry Asquith as President of the Board of Education between 1911 and 1915 and as Postmaster General in 1916. In 1917 he was raised to the peerage as Baron Gainford of Headlam in the County of Durham.

He served on the Claims Commission in France in 1915 and between 1917 and 1920 and in Italy between 1918 and 1919 and was also a Deputy Lieutenant of County Durham and a Justice of the Peace for County Durham and the North Riding of Yorkshire.Apart from his political career, Pease was Deputy Chairman of the Durham Coal Owners Association and Vice Chairman of the Durham District Board (under the Coal Mines Act 1930), a director of Pease and Partners Ltd and other colliery companies, Chairman of Durham Coke Owners, director of the County of London Electric Supply Company Ltd, Chairman of South London Electric Supply Company, of the Tees Fishery Board, and of the Trustees of the Bowes Museum.

In 1922 he was appointed Chairman of the British Broadcasting Company Ltd, a post he held until 1926, and was then its Vice Chairman until

Lord Gainford married Ethel, daughter of Sir Henry Havelock Allan 1st Baronet, in 1886. They had one son, Joseph, and two daughters, Miriam and Faith (who married Michael Wentworth Beaumont and was the mother of Lord Beaumont of Whitley).

Lady Gainford died in October 1941. Lord Gainford survived her by two years and died in February 1943, aged 83. He was succeeded in the barony by his son, Joseph Pease.

The Pease Family was influential and well connected, married into Fox family of Falmouth and into the Wedgwood family,