William Simpson Craig was the father of Sir Maurice Craig (1866-1935), and he practiced in Scarborough, and at Bishopstone House, Bedford, where he was the proprietor of a homeopathic home for the mentally ill,

William Simpson Craig married Frances Margaret Morrison had a daughter Frances Mary, a son Norman Carlyle Craig QC, and twins sons born in Scarborough, Sir Gilfred Gordon Craig 1866 - , solicitor, and Sir Maurice Craig 1866 - 1935, who was the Vice President of the International Committee for Mental Hygiene and the President of the National Council for Mental Hygiene, one of the organisations merged to form MIND in 1946.

Maurice acquired his interest in psychopathology from his father (Anon, Journal of Nervous and Mental Disease, Volume 81, (Williams & Wilkins, 1935)), who in 1885 ran a Private Asylum at Bishopstone House, Bedford, the only licenced house for homeopathy in England, a homeopathic home for the mentally ill, where the proportion of recovery was 61% (Alfred Crosby Pope, David Dyce Brown (Eds.), The Monthly Homeopathic Review Vol. xxviii, (1884). Multiple pages). 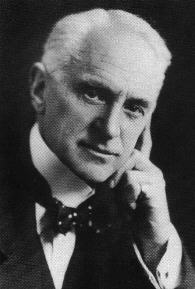 His obituarist noted that he had the largest consulting practice of his time. He ran a nursing home, and left an estate of over £41,000.

He held many key positions, was a member of the War Office committee on shell shock, and President of the psychiatric section of the Royal Society of Medicine 1928-29. Probably the main model for the doctors in Mrs Dalloway.

Published much less than George Henry Savage, but like him wrote a standard textbook of his time: Psychological Medicine, 1905.

A doctor to both Virginia and Leonard Woolf. Consulted several times by Leonard Woolf about his chronic hand tremor, and certified that he was unfit for military service because of it in 1914. Leonard Woolf thought him ‘younger and more intelligent than George Henry Savage’, and ‘the leading Harley Street specialist in nervous and mental diseases’.

One of the doctors consulted by Leonard Woolf about the risks of childbirth. Attended Virginia Woolf in the ‘13-‘15 breakdown, first called in after her Veronal overdose in 1913, and was consulted for his advice until his death.

Like George Henry Savage uses the term ‘mania’, but dividing it into simple and acute, much in accordance with present day ‘hypomania’ and ‘mania’.

The 1916 edition of his textbook sheds considerable light on Craig’s knowledge and ability, and on how he would diagnose Virginia Woolf’s illness.

Psychiatry has suffered a grievous loss by the death on January 6 of Sir Maurice Craig, consulting physician in psychological medicine to Guy’s Hospital, and consulting neurologist to the Ministry of Pensions. Born in 1866, he received his education at Bedford Grammar School and Caius College, Cambridge.

**George Alexander Craig **MD was a homeopath in Birmingham in 1868 and the Honorary Secretary and Treasurer, Northern Homeopathic Society,

John Craig LRCP, LFPS Glasgow 1867, was a homeopath at Shelton House, Shelton, Stoke on Trent in 1868,

Robert Craig LFPS Glasgow 1833 was a homeopath in Cramlington Northumberland,