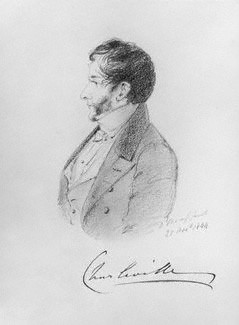 Charles William Bury 2nd Earl of Charleville **1801 - 1851 was an Irish Peer who was an enthusiastic advocate of homeopathy,

Charleville was a friend of Frederick Hervey Foster Quin, and Alfred Guillaume Gabriel d’Orsay (who drew his picture, see above, and see his wife Harriett Charlotte Beaujolais, Countess of Charleville 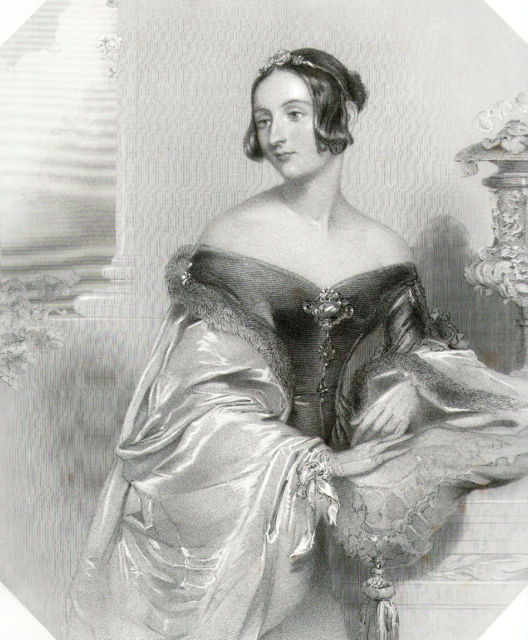 , (Engraved by Edward Finden from an original portrait by John Hayter).

[Styled Lord Tullamore until he succeeded to the earldom in 1835, he was placed as an M.P. for his family’s seat of Carlow, Ireland, from

He failed to win the King’s County seat in the general election in December 1832 (the successful candidates were Lord Oxmantown and Nicholas Fitzsimon), but was elected as M.P. for Penryn in Cornwall.

In 1838, having succeeded as 2nd Earl of Charleville, he was elected as a Representative Peer of Ireland to sit in the British House of Lords. The Earl had married Harriet Beaujolais, née Crawford, in 1821. She brought no fortune to the marriage. The Earl’s estates were heavily indebted, and the economic crisis in Ireland in the mid-1840s led to him selling many of his estates and leaving the country for Berlin in 1844.

Our story begins after the plantation of James 1 (c1620’s) when lands of the O’Molloy’s was distributed to Sir John Moore. John Moore lived in Croghan and it wasn’t until c.1700 that the Moores decided to lease Croghan and live on their Tullamore property.

John Moore, married in 1697, and built a large house in O’ Carroll St (Henry St). John Moore became the first lord of Tullamore in 1716. It is in this same year that we see the development of a barracks in the town. He was succeeded by his son Charles who became the 1st Earl of Charleville in 1757.

1st Earl of Charleville Charles, the 1st, moved from the family home at O’Carroll Street to Redwood, later known as Brookfield, and then Charleville. Charles had no family (his death meant the loss of the title Earl) and his lands passed to his nephew, John, son of his sister Jane and William Bury of Co. Limerick.

John Bury was drowned in a swimming accident in 1764. His son Charles William Bury in 1785 (coincidently the same year as the Great Balloon Fire) inherited over 23,000 acres and became the Earl of Charleville, 2nd creation.

1st Earl of Charleville - second creation It is this Charles William Bury who is responsible for the coming of the Canal, Charleville Castle, the Courthouse, and the Gaol. It was through these works that Tullamore was to become the county town of Co. Offaly in 1833.

It is this Col Howard Bury who is of fame for his reconnaissance expedition to Everest in 1921. Col Howard Bury inherited Charleville estate but had no family of his own. On his death in 1963 he passed the estate to his cousin, Major William Bacon Hutton.

Hutton Bury Lady Katherine married Col Edmund Bacon Hutton in 1873 and had children, one of whom a son William. Major William Bacon Hutton on the death of Col Howard Bury, assumed the surname Bury by deed poll in 1964.

Major William married Bly in 1940 and their son David Hutton Bury is the owner of Charleville Estate today.