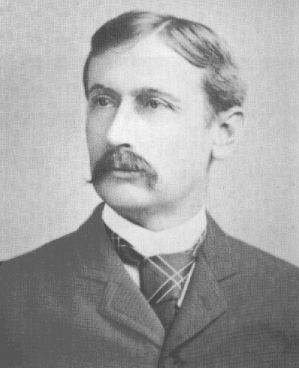 Edward Pollock Anshutz 1846 - 1918 was an American lay practitioner, who received an Honorary Doctorate of Medicine in Philadelphia,

Edward Pollock Anshutz was a colleague of Felix Aerial Boericke, and together they wrote articles for various homeopathic publications.

Anschutz was an advocate of low potencies, and he was also an anti vaccinationist, and a devoted follower of Emanuel Swedenborg, and Editor of New Church Life, and Literary Editor of **Boericke and Tafel**{::},

Anshutz wrote sections about homeopathic veterinary practice in several books, including Therapeutic Byways, New, Old and Forgotten Remedies, Dogs: how to care for them in health and treat them when ill, Sexual ills and diseases, A Guide to the Twelve Tissue Remedies of Biochemistry, 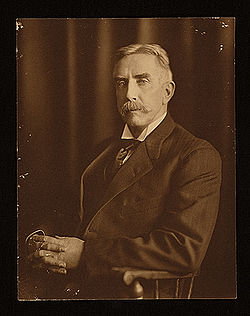 Thomas Pollock Anshutz is considered to be a great American painter.

Thomas Pollock Anshutz studied art in Paris at the Academie Julian, and at the Pennsylvania Academy of the Fine Arts under Thomas Eakins.

His most famous painting, The Ironworkers’ Noontime (1880), depicts several workers on their break in the yard of a foundry. Painted near Wheeling, West Virginia, it is conceived in a naturalistic style similar to that of Thomas Eakins, although Thomas Eakins never painted industrial subjects.

Art historian Randall C Griffin has written of it: “One of the first American paintings to depict the bleakness of factory life, The Ironworkers’ Noontime appears to be a clear indictment of industrialization. Its brutal candor startled critics, who saw it as unexpectedly confrontational—a chilling industrial snapshot not the least picturesque or sublime.” It is now in the collection of the Fine Arts Museums of San Francisco.

Anshutz, like Thomas Eakins before him, became an instructor at the Pennsylvania Academy, where his students included several painters who would become known as the Ashcan School: Robert Henri, George Luks, William Glackens, John Sloan, and Everett Shinn. Among his other notable students were Charles Demuth, John Marin, Arthur B. Carles, Paul Jean Martel and Charles Sheeler.

As a teacher, Anshutz, according to art historian Sanford Schwartz, “was known as much for his approachability as his sarcasm, which apparently wasn’t of the withering variety.” Towards the end of his life he proclaimed himself a socialist.