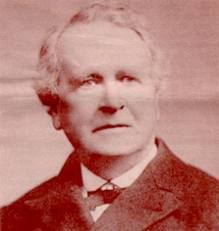 James John Garth Wilkinson was a patient of Robert Ellis Dudgeon (who also treated Garth Wilkinson’s daughter in her final illness in 1893). On 11th April 1893, James John Garth Wilkinson wrote to John Marten from 4 Finchley Road: ‘… Being a North County man I have been always used to a ‘wee drop’: & now it does me good. My physician, Dr. Dudgeon, says it is, like wine, & all alcohols, ‘poison’; partly because from his ever youthful temperament, it is contrary to him, dulling his faculties. My faculties are dull & hypochondriac to begin with, & what poisons his, brightens them… (Swedenborg Archives K125 [44] letter dated 11.4.1893 from James John Garth Wilkinson to John Marten)…‘ Also *‘… If a young lady is devoted to this new mode of treating space *[cycling]_, it may do both body & mind good. This is a matter, not of opinion but of experiments. In moderation and patience this can be safely ascertained by the result on the spine. Should you want an opinion, my physician Dr. Dudgeon, 53 Montague Square, is a medical man of real genius, & many sided. His Daughter Mrs. Stretton, lately married, is a devoted cyclist…(_Swedenborg Archive K125 [44] Letter dated 8.10.1898 from Garth Wilkinson to John Marten)…’

Robert Ellis Dudgeon practiced at the London Homeopathic Hospital and specialised in Optics, writing prodigiously on the subject and inventing spectacles which could be used under water (he was a keen swimmer, volunteer and golfer).

Robert Ellis Dudgeon was a close friend of Samuel Butler, the author of _Erewhon, _who may have influenced Dudgeon to write his novel Colymbia, a fantasy set under the sea.

In 1881 the English physician and homeopath, Robert Ellis Dudgeon (1820-1904) introduced a new, highly portable Sphygmograph. Dudgeon’s sphygmograph was strapped to the wrist. The pulse at the wrist caused a metal strip to move a stylus, transmitting a record of the pulse onto smoked paper.

Robert Ellis Dudgeon’s instrument quickly became popular since it was compact and easy to use. The sphygmograph traces an undulating line, which represents a record of blood pressure and pulse over time.

In the early days of English homeopathy Robert Ellis Dudgeon was extremely important both as a teacher and as a translator of Samuel Hahnemann’s works into English. He was based in London. He was arguably the most important of the early homeopaths in England, second only after Frederick Hervey Foster Quin…

Robert Ellis Dudgeon… resided at 53 Montague Square, London W1. He qualified as LRCS Edinburgh in 1839, MD Edinburgh in 1841, and became Fellow of the British Homeopathic Society, and consultant surgeon (mainly ophthalmic) to the London Homeopathic Hospital.

He also invented an early form of **Sphygmograph… He was the first editor of British Journal of Homeopathy from 1845-1884. Accordingly, he became a homeopath c1843 under the influence of a semester spent in the Medical School in Vienna and then under John James Drysdale in Liverpool.

He set up practice in London in 1845. John James Drysdale and John Rutherford Russell were fellow students of Robert Ellis Dudgeon’s in Vienna. The three also edited the British Journal of Homeopathy from 1846-84 after which it ceased.

In 1850 he helped to found the London Homeopathic Hospital, with which was connected the *Hahnemann Medical Society. He became Secretary of the British Homeopathic Society in 1848 and President in 1878 and 1890.

**  From http://www.sciencemuseum.org.uk/broughttolife/objects/display.aspx?id=92214 ‘… Blood pressure is measured and recorded using a sphygmograph. *It is strapped to the wrist. The pulse beat is transmitted to a lever which records it on smoked paper. 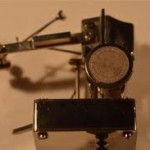 Dudgeon was a low-potency prescriber like Richard Hughes, with whom he was always associated. Like Richard Hughes, he was opposed to the higher potencies ‘on principle’, which at that time was practically everything above 6x, and to the indiscriminate use of nosodes and unproven remedies.

He sought justification for these views from Samuel Hahnemann, who never promoted the use of high potencies, even though he made use of them occasionally.

Robert Ellis Dudgeon died before any of the information about Samuel Hahnemann’s later work was published in 1922. Yet Robert Ellis Dudgeon, as a translator of German works, must have been aware of Samuel Hahnemann’s use of liquid doses, centesimals, LM’s and serial dilution in water, techniques which were all brought in with the 5th Edition of the Organon in the 1830’s.

Perhaps Robert Ellis Dudgeon conveniently chose to ignore these developments as a ‘temporary deviational experiment’ on Samuel Hahnemann’s part. We simply do not know what Robert Ellis Dudgeon made of that. But as an ardent ‘3xer’ he would never have used such techniques and would certainly have regarded them with a derisive scepticism.

Robert Ellis Dudgeon also wrote Similarities Between Hahnemann and Paracelsus (in Lectures on the Theory & Practice of Homeopathy), The sphygmograph: its history and use as an aid to diagnosis in ordinary … , History of Homoeopathy: Its Origin, Its Conflicts… with Wilhelm Ameke and Alfred E Drysdale, Medical Boycotting, The Auses and the Prevention of Blindness with Ernst Fuchs and Mathias Roth, Experiments on human beings - vivisection up to date - loathsome diseases … , and contributed to The Hahnemann Materia Medica, and he assisted in the translation of Materia Medica Pura, The Lesser Writings of Samuel Hahnemann with Erastus Edgerton Marcy, Organon of the Rational Art of Healing with Charles Edwin Wheeler, The Hahnemann Materia Medica with John James Drysdale, Francis Black, Edward Thomas Blake and Richard Hughes.