Alexander (Aleksandr) II Nikolaevich 1818 – 1881, also known as Alexander the Liberator, was the Emperor of the Russian Empire, and the Grand Duke of Finland and the King of Poland.

Alexander II was a student and patient of Carl Bernhard von Trinius, and a staunch advocate of homeopathy.

In 1868, alarmed by the popularity of homeopathy in Russia, a ‘great lie’ was published in Le Courier Medical  alleging that Alexander II was ‘so upset at the damage done by homeopathy to Russian subjects that he had prohibited the practice of homeopathy in Russia’. The very first issue o the new Homeopathic Sun picked up this ‘great lie’ in an article in _The New York Times_, reprinted from Le Courier Medical (Franklin W Hunt (Ed.), The Homeopathic Sun, Volume 1, (W. Radde, 1868). Page 36)_. _The Homeopathic Sun immediately sent the offending article to Alexander II in St. Petersburg by package, and copies were also sent to the American Ambassador in St. Petersburg and to the many homeopathic doctors there. Such lies were, then as now, are often perpetrated by scurrilous people to damage the good name of homeopathy, and as always, they backfired in favour of homeopathy. 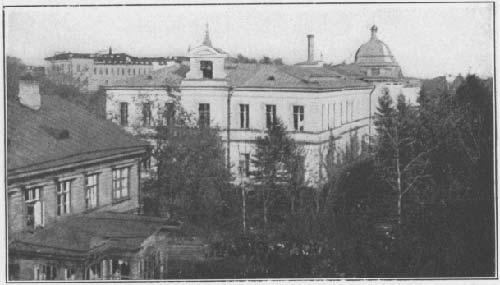 Alexander II Homeopathic Hospital was planned and built on land donated by Alexander II and completed in his honour after his assassination (as authorised by Tsar Alexander III).

Alexander II was also a close friend of Otton Borisovich Richter, and he issued orders to protect Leo Tolstoy,

Alexander II was also interested in spiritualism and met Daniel Dunglas Home, who performed a seance for him.

Born in 1818, Alexander was the eldest son of Tsar Nicholas I and Charlotte of Prussia, daughter of Frederick William III of Prussia and Louise of Mecklenburg Strelitz…

Sergey Petrovich Botkin (the physician at the end of Tsar Alexander’s life) was a good friend of Father John of Kronstadt, an archpriest of the Russian Orthodox Church and a radical who favoured homeopathy. Sergey Petrovich Botkin was not afraid to learn from homeopathic materia medica, and he conducted clinical trials on adonidin, on blatta orientalis, and belladonna.