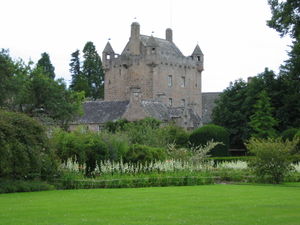 In 1901, Cawdor obtained permission to open a school of homeopathy with the blessing of Queen Victoria.

Joan Emily Mary Thynne’s grandfather Reverend Lord John Thynne 1798 - 1881, was a strident opponent of homeopathy, who in 1844, objected to  the appointment of George Newman, who came under attack by allopaths when he was working at the Poor of the Wells Union in Somerset.

Objecting to his homeopathic profession, the allopaths tried to get him prosecuted, as usual. This was one of the first cases in England where such a ‘collision’ between the two disciplines became a National cause celebre.