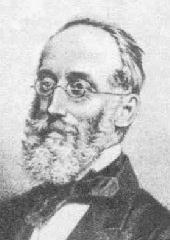 John Vesey Parnell was the son in law of Edward Cronin, a pioneer of homeopathy in England and one of the founders of the Plymouth Brethren movement. John Vesey Parnell was a friend of John Nelson Darby, Francis William Newman, and he gave £100 to the Chapman Memorial Fund to honour Matthew James Chapman.

His first marriage was to Nancy Cronin, daughter of the homeopathist Edward Cronin, in 1831. An Armenian widow, living in Persia, madame Khatoon Moscow, daughter of Ovauness Moscow, became his second wife in 1833. His third marriage was to Margaret Catherine Ormerod, daughter of Charles Ormerod, on 21 February 1867 - with her Parnell had his only daughter, Sarah Cecilia (5 August 1868 - 26 April 1912).

He was related (a cousin) to the Irish patriot Charles Stewart Parnell. Parnell’s life was marked by simplicity: when he lived in Teignmouth, Devon he took a modest house for the annual rent of £12.00. His uncarpeted home was furnished with simple wooden chairs, a plain, unvarnished deal table, steel cutlery and pewter teaspoons. and generosity: he was accustomed to devote half his income to Christian works. Among his friends he counted George Muller, the well known Brethren philanthropist of Bristol.

Congleton died early in the morning of 23 October 1883 on a simple portable iron bedstead. Among his last utterances was reputed to be the words of the Christian marytr, Stephen, “Lord Jesus, receive my spirit.” Parnell first met with other like minded Christians in 1829 in Dublin, including John Nelson Darby, Edward Cronin and Francis Hutchinson. He paid for the rent of a large auction room in Aungier Street for the use in communion and prayer on the Lord’s day (Sunday). He thought that the Lord’s table should be a public witness of the “brethren“‘s position. Aungier Street was the first public meeting room for the movement that became known as Plymouth Brethren and they commenced celebrating Lord’s supper (the breaking of bread) in the spring of 1830. When he moved to London he lived at Welbeck Street, London, where the brethren meeting room was located.

He was a life long member of the Plymouth Brethren, and was one of their pioneer missionaries; Parnell went in September 1830 to Baghdad in Asiatic Turkey with his father in law Edward Cronin and John Kitto to visit Anthony Norris Groves. The party went with books, medicine and a printing press and arrived in June 1831. The whole party found extreme resistance from local Muslims to their efforts and withdrew to India until 1837 where Anthony Norris Groves established an enduring faith mission work.

When Lord Congleton became the 2nd Baron, being a Plymouth Brother, he would not side with any party and entered the House of Lords as a cross bencher. Plymouth Brethren generally abstain from party politics.

He published his translation of The Psalms at William Yapp’s publishing house of 70 Welbeck Street, London in 1860, with a revision in 1875 containing interpretative notes published by James E Hawkins of the same address. Congleton also published a booklet The Open Meeting describing the manner of ministry among Plymouth Brethren.

In 1853, a Dr. Omerod wrote an article on The Old System of Treatment for the The British and Foreign Homœopathic Medical Directory and Record, and he was obviously a colleague of Matthew James Chapman. In 1893, a Dr. Omerod submitted another article to the The journal of the British Homoeopathic Society on The Fatty Heart.

Rev. Charles Parnell was a homeopathic sponsor in 1873.

George Vicesimus Wigram, also a member of the Plymouth Brethren, was married into the Parnell family.