All over Britain and Europe, Homeopathic Dispensaries and hospitals opened their doors for the treatment of the poor. In every case the treatment for poor people was offered completely free of charge, and the wealthier clients paid fees dependant upon a carefully graded system of payment charges.

The following is a work in progress, listing them all…

The Bath Homeopathic Hospital,  at Chapel Road, Queens Square, Bath, evolved out of the large and successful homeopathic practice of George Newman,

1866 - Robert MacLimont was a Physician at the Hospital,

1900 - Percy Roberts Wilde was a Physician at the hospital,

1931 - Hamilton Bailey was a Surgeon at the Hospital,

The Birmingham Homeopathic Hospital and Dispensary

The Brighton Homeopathic Dispensary opened a branch dispensary in 1902,

Subscribers receive one ticket for each shilling subscribed, which ticket will admit a patient for one month to the benefits of the Institution.  Donations of Five Pounds will entitle the giver to have Twenty-four tickets annually, and so on in proportion for any larger sum. Patients who do not obtain the recommendation of a Subscriber, may be admitted to the benefits of the Institution, on payment of One Shilling per month.

The Dispensary is open for the purpose of affording advice and medicine every day from nine till ten in the morning (Saturday and Sundays excepted). New cases cannot be admitted after 9.30.

Patients who are too ill to attend at the Dispensary will be visited at their own homes, but when such attendance is required, except in cases of emergency, it is necessary that notice should be sent to the Surgeon before 9 A.M. Subscriptions and Donations may be enclosed to the Honorary Secretary, or paid to the Collector, at the Dispensary, 6, Prince Albert-street.

The City of London Homeopathic Dispensary

The Clapham and Kennington Homeopathic Dispensary

The Dispensary will be open (for Out-Patients only) on Monday and Thursday Afternoons, from three to four o’clock. Subscribers of Half a Guinea and One Guinea per Anum, will have Four or Eight Tickets for distribution. The destitute Poor alone are to be considered proper objects for medical charity ; although others, who are unable to pay for medical advice, will be admitted as patients (with the consent of the Medical Officers) on payment of Half a Crown per Month to the Funds of the Dispensary.

The Homeopathic Convalescent Home in Eastbourne

The Finsbury Circus Free Dispensary for the Poor 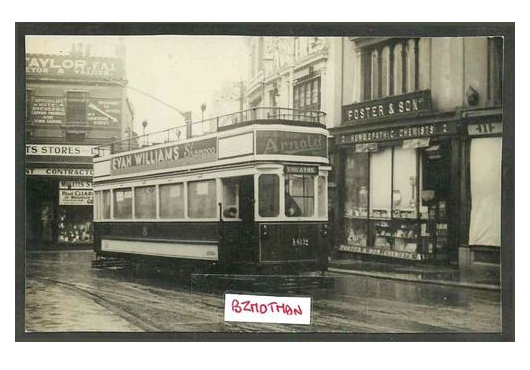 The Hahnemann Hospital at 39 Bloomsbury Square

\*The ***Leeds Homeopathic Dispensary at 26 and 27 Oxford Street

The Leicester Homeopathic Dispensary and Hospital,

The Manchester Homeopathic Hospital and Dispensary

\* The Manchester Homeopathic Institute for Consumption and Diseases of the Chest*** 28 Byrom Street, established 1858

The Odessa Homeopathic Dispensary for the Poor

\*The **Plymouth, Devon and Cornwall Homeopathic Dispensary and Cottage Hospital*

The Reading and Berkshire Homeopathic Dispensary

The Shepherd’s Bush Children’s Homeopathic Dispensary (The Dispensary was amalgamated with the London Homeopathic Hospital in 1937, and thus became part of the Children’s Outpatient Department there) - John Roberson Day, Harold Fergie Woods,

The Southern Homeopathic Dispensary for the Diseases of Women and Children,

The St. James’s Homeopathic Dispensary opened in 1842 at 8 King Street

‘Thelibararian (Brighton) rooted around in her card file, and found a record book for the Sussex Country Homeopathic  Dispensary, covering dates 1910 - 1927, containing 133 hardwritten pages.  I scanned some of it; the Dispensary was at 29 Richmond Place in 1913.  Chairman was always a W A Hounsom.  Last meeting, at 4 Pavilion Buildings, seemed to be winding up the organisation.  28-29 Richmond Place had been sold for £2314.15.2, (or perhaps that sum less liabilities) sent to treasurer of the London Homeopathic Hospital. The record book is in libraries’ rare book section, so if you wanted to know more you’d probably have to come look at it in situ’ (from Alan Campbell (private researcher in Brighton 2.12.10)

The Lower Tottenham Infirmary for Woman and Children, linked to the Girl’s Industrial Orphan’s Home for 120 orphan children, and to the Evangelical Protestant Deaconesses’ Institution for the training of Nurses,

*Hugh Hastings ?1820 - ?1890,LSA London 1847, MRCS England 1845, MD Jenna 1854,was a British orthodox physician who converted to homeopathy, Physician at the Brixton Homeopathic Dispensary, Hastings practiced at Liverpool Lodge, Brixton Hill, London SW. * _In 1878, Charles Thomas Pearce founded the Hydropathic Establishment & Sanatorium at Durleston Park, on the cliffs above Swanage, Dorset, and on 30th July 1880, Hugh Hastings arrived with his family for a few weeks holiday. Hugh Hastings was described in* The Isle of Purbeck Advertiser, which printed the names of all the new arrivals, thus: ’… *Dr. Hugh Hastings_ *MD, MRCS, LSASM, formerly surgeon at the Homeopathic Dispensary in Essex Place, Cheltenham, Mrs *[Dina] Hasting, Miss [Mabel] and Master [Charles] *Hastings...’ The Isle of Purbeck Advertiser recorded them as still in residence on 12th August 1880.  (David Charles Manners (3rd great grandson of Charles Thomas Pearce),* _Noodles & Knaves: Dr. Charles Thomas Pearce (1815-1883) ‘Martyr of Homeopathy’, *(unpublished, 2012))._ Hugh_ Hastings wrote A Retrospect of Allopathy and Homoepathy For the Last Thirty Years, with Cases in 1879, Consumption, its prevention and cure, A Dialogue on the Theory and Practice of Homeopathy and Allopathy, Scarlatina and Diphtheria, their treatment and prevention, **Homeopathy Tested and Weighed in the Balance._

*Joseph Kenny ?1813 - ?1880, AB, MB Dublin 1840, LSA England 1842, MRCS England 1859, was an Irish orthodox physician who converted to homeopathy, to become Surgeon to the Lower Tottenham Infirmary for Women and Children, Kenny was born in Cork and practiced at 8 High Street, Stoke Newington, Kenny’s Obituary is in the British Homeopathic Review, Volume 14 in 1870,

*Michael Maximilian Augustus Henry Laseron 1819 - ?1888, MMAH, MD Jenna 1850, was a German Jew orthodox physician, previously a missionary in Mauritius for the British Society’s Jewish Mission College, who converted to homeopathy to become the Physician at the Lower Tottenham Infirmary for Women and Children, Laseron was the physician of Emily Gosse, the mother of Edmund William Gosse, When Malcolm Ronald Laing Meason 1824 - wrongly accused Laseron of fraud, Charles Dickens wrote to Malcolm Ronald Laing Meason to object, and Laseron obtained a written apology, prefaced by a paragraph by Charles Dickens, Laseron also practiced at Navarino Terrace, North Dalston, and Northampton Square, Goswell Road, London, Laseron was in Konigsberg, where his father was a Rabbi,