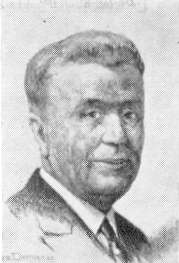 Edmond Mersch 1865 - 1956 was a Belgian orthodox physician who converted to homeopathy to become President of the Circle Homeopathic Medical Flanders (1930-1938), and the founder of the Royal Journal Belge d’ Homeopathic.

Merch was a teacher of Edouard Schepens,

In 1911, one of Mersch’s articles was read at the Eighth Quinquennial Homeopathic International Congress.

In 1933, members celebrated at the Parc de Tervueren, the sixtieth anniversary of the medical practice of Boniface Schmitz, under the chairmanship of Dr. Mersch.

Merch published extensively in his Royal Journal Belge d’ Homeopathic, and his cases and articles were picked up by other homeopathic publications around the World._ _