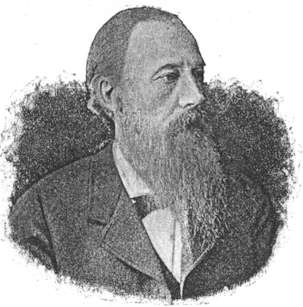 Carl Bojanus Senior 1818 - 1897 MD Moscow, was an orthodox physician who converted to homeopathy to become one of the first homeopaths in Russia, and a major homeopathic historian and biographer.

In Odessa the Society of the Followers of Homeopathy has been founded. The city Mayor G. Marazli said that he is going to build a dispensary on his own account… Together with this prominent Odessa figure, member of many charitable societies and the Mayor of Odessa from 1890 to 1896, philanthropist Grigory Marazli (1831-1908), there were Archbishop Nikanor (1826-1890), Generals Nicholas Teplov, Carl Strandman, Nicholas Fedorovsky, Nicholas Rostovtsev and Christofor Roop (the latter had been the last Governor General of Odessa from 1883 to 1889, until the abolishment of the post), the Consul General of Greece Ivan Vuchina (1833-1902), Prof. Valerian Ligin (1848-1905), Drs. Lev Brazol, Carl Bojanus Senior and Carl Bojanus Junior, officials of different ranks, etc.

The Society was opened officially on April 7, 1891. The councilor of State Ivan Barkovsky was appointed as chairman. Carl Bojanus Junior was elected Secretary, whilst the post of Trustee was given to Julius Levi.

The name of the father of Abbotess Nine is known to almost all supporters of homeopathy. His encyclopedic knowledge, practical experience and literary talent made Carl Karlovic Bojanus  well known in Russia and abroad.

Born in August 1818 in Saint Peterburg to a German family, Carl was aged only 3 when he lost his mother. He was educated in the school Lutheran Church of St. Peter. Thanks to his perseverance and outstanding abilities, Carl matriculated and finished his studies at the Faculty of Medicine, University of Moscow.

The basis of the work of Carl Karlovic was the order of his life on the basis of Christian faith in Christ. He worked as a doctor, almost to the time of his death. He often treated patients free of charge.

A cholera epidemic saw Carl Karlovic working amongst the dead and dying… in Sahranjivo. He worked in Cernjigovskoj guberniji, Nizhny Novgorod, and Moscow. Bojanus dealt with literary work, was a collaborator in many homeopathic magazines, he spoke four foreign languages, and he was an Honorary member of the Saint Peterburg Homeopathic Society, and a member of the United States homeopathic Society.

Aged 47, Carl Karlovic became a widower. From the first marriage he had three sons. He married for a second time to Olga Semenovna Bojanus, with whom he had born three sons and two daughters, a total of nine children.

In 1884 Karl Karlovic came to Samarskaya guberniju, (now the village of Free Kljuc in the Kinel Cerkaskog region)… In addition to writing many articles on the treatment of the sick, Carl Karlovic worked tirelessly in his practice…

In 1895, Carl Bojanus Senior suffered a fire at his house and lost his homeopathic library of over 7000 books.

Carl Bojanus Senior’s Obituary is in Medical Century, The Homeopathic World, and the American Homeopathist in 1897.

During the First World War, Prioress Nina built a small military hospital, and her letters from that period tell that sometimes she had to make a tourniquet hundred and fifty a day, and care for students and teaching staff.

Mother Nina was imposing the gift of faith, spirit, and force a huge desire to serve people… In the church during the most severe period, when they were severely persecuted, Prioress Nina entered a medical institute in the city of Samaria, and became a general practitioner.

Mother Nina always strove to combine her forces in the glory of God and she succeeded in serving her neighbours. The main goal of the mother of Nine, according to testimony of contemporaries, was for improvement for the good of the people by personal example, deed, word, prayer. “The most important thing is how we stand before the Lord,” she said.

A smart and educated woman, was not only a favorite wife, but Assistant, translator, secretary for her husband. Olga Semjonovna had deep religious beliefs, which … were particularly strengthened in this period. Olga Semjonovna become a steady Christian to serve the poor and miserable. …

Especially the last twenty years of her life were filled with prayer and works of mercy. During the stay in Tuflisu of the 1895-1898 year, where family illness led her husband, Olga Semjonovna started to assist and support the missionary fraternity of St. Teodozija Cernigovskog. Olga Smejonovna not only proved a significant fund raiser, but she visited almost daily care  in the worst quarter of the city known as Koljucej Balk Isla…

Vera Karlovna Bojanus was born in Moscow at the end of the 70 years of the nineteenth century.  Outstanding abilities allowed her to receive training in accordance with national diploma local teachers and to become a non listener to in the University of London.

However, Vera chose another life - monastic. This had a huge impact on this close family, and the Twelfth Archbishop Vladimir gave Vera Karlovna access to the monastery in Svemilostivog for a year, as opposed to all the rules and constitutions, for religious and self sacrificing service..