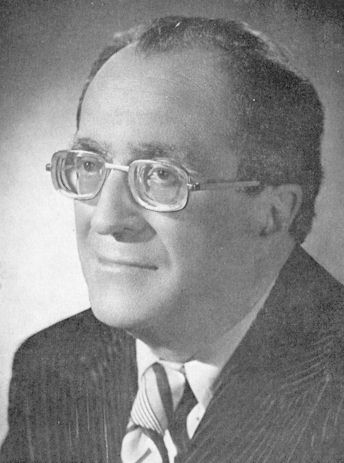 Julian was a colleague of Alexander Benard, Dadu, Delotta, Dubiez, Flament, Fish & H. and Leon Vannier, and many others.

Translated from the French from a life history by his daughter, Evelyne Mde Julian: On 1st April 1935, Dr. Julian moved to OA Beaumesnil, Eure, Normandy. Beaumesnil, a small town, the capital of the Canton, with 500 inhabitants, it had never had a doctor before. However, the municipality wished to obtain one, even promising to offer a home to a young doctor.

It was a good customer base, which quickly provided a practice base, with many medical consultations every day in his office, many home visits and night visits (two times in the same night in a diametrically opposite points of the canton), holidays, and births, all with dreadful working conditions and poor hygiene in the area.

However, applying modern techniques Dr. Julian began to make childbirth (the subject of his thesis) much safer, he did not hesitate to use forceps.

At that time he was using tarlatan ( a sort of muslin), he took measures to treat wounds, and we cut the tarlatan, and did the sewing, dipping it into a plastercast prepared by us, my father applied it quickly to the injury in question.

Visits sometimes posed problems, with frequent car crashes, A neighbour’s friend, a wheelwright by trade, found means to make running repairs, sometimes just with bits of string or wire. The roads were often flooded and always potholed. The road network before the war had nothing comparable to that of today, and my mother, would sometimes drive down the road to probe the holes to see whether the car would be able to get through, and we soon no longer distinguished between the non paved road and the muddy ravines.

As for the transmission of requests for visits, some customers used to relay a small flag on a barrier indicating that an appeal had been launched and the people would take the message to  y father on foot.

This village was 10 or 13 kilometers from the nearest town, and it had no pharmacy. Therefore, with the help of my mother, he became pro-pharmacist.  This dual activity was particularly important because, very soon after his installation, he began to practice homeopathy.

Indeed, after finishing his medical studies at Strasbourg, my father had the opportunity to replace Dr Pfister, a homeopath in Saverne. Father soon took to this therapy after being treated himself by a friend. Thus from the very beginning of his medical practice, with advice from the pharmacist Maurice Delpech, he embarked on this new path.

My father had his car in a reserve of medicines. After visiting the sick, he gave them the necessary medicines, and in the evening after his round of consultations, my mother replenished the missing remedies. Soon, however, the pharmacists nearby, at the request of my father, began distributing homeopathic booklets, and the laboratories would also order the homeopathic remedies.

One of them, however, was not very effective. Doubting the honesty of the pharmacist, my father sent one day with our friends for an order of remedies, and Mauritius Depech, without hesitation, provided the necessary remedies…

The the Second World War broke out. My father was a volunteer at the outset of hostilities, and out home was soon full of military from Rouen. They were housed in cabins by the pool, lying, almost beyond their feet in the basin …

Demobilized in 1940 in Mezin in Lot et Garonne, in the region declined from Agen, father was active in the Resistance. By day, he worked in a biology laboratory.  At night, he traveled the region by bicycle to prevent people on file in the lists of the Gestapo being taken, his resistance network was to steal the lists from the prefecture.

He was also arrested on 13 November 1942, two days after the occupation by the Germans in the southern zone, and taken to camp Casseneuil. Thanks to his colonel he was released.

After this serious warning, my parents took refuge in Switzerland. From 1942 to May 1945, father organized the medical service of the refugee camps of Morgins, Presles, Epalinges, etc.

Always active and dynamic, he also got the opportunity to do laboratory research on cancer at a hospital in Lausanne.

Back in France in May 1945, my parents found their homes destroyed and their clientele dispersed. My father resumed his medical and propharmaceutiques, always supported by my mother. Soon, the people began to return.  After tours from his visits, my father brought in the trunk of his small car (a horse Trèfle 3), much appreciated gifts: eggs, butter, poultry …

While continuing to study homeopathy, he said that every night, whatever time he had read a chapter of Materia Medica - he also learned acupuncture and vertébrothérapie.  He also taught radiology and developed his own films in the darkroom.

Soon his fame spread beyond the limits of the department to all of Normandy, and further afield, bringing many more patients to our door. It was at that time that my father had so many patients that I was some days not to see my bed.

The municipality had organized a one-way in our street with unilateral parking to relieve traffic.  Customers had their expectations of going to the hairdresser, and they had the fortune of the three cafes in the country, plus the baker and butcher etc.

In addition, my father took part in local life. Before the war, he fought to promote the electrification of the village after the war for water supply (we lived with a water tank, and the farmers used the pond) which meant that fetching water from up to one kilometer from the village to the water tank was very arduous.

My father participated enthusiastically in the election meetings on the contradiction to Pierre Mendes France, then a member of Louviers, in the Eure. He led the municipality to ask Jean Vilar, director of the Theatre National Populaire, to come give a concert at Beaumesnil. Thus, in June 1955, Jean Vilar and his band played Don Juan in the courtyard of the castle Beaumesnil.

At the onset of the performance, a storm with lightning and thunder, was triggered, a natural complement the show. All this did not stop us, quite the contrary, and we travelled to Paris regularly see many theater or opera, exhibitions of painting, and we travelled, (we did the first trip to the USSR Batory in 1955), and also to participate in different international homeopathic congress.

In 1957, March 17, my father, following a car accident, was hospitalized in a clinic in Evreux for a fractured neck of femur. Soon, in the corridor of the clinic saw queues of customers waiting to see him… to be received by their doctor, lying in his bed, his leg in traction …

Soon he needed to express his medical experiences and his ideas. In 1958, he published his first book The clinical studies and homeopathic therapies.  In 1955, he had the idea of uniting the physicians homeopaths of Normandy, and on Sunday 8 May 1955, in Beaumesnil, he founded the Homeopathic Society of Normandy, and Doctors Alexander Benard, Dadu, Delotta, Dubiez, Flament,  Fish & H. and Leon Vannier met that day at home to create this company.

By October 1955, father decided to create a quarterly newsletter, the Archives homeopathic Normandy, of which my father was the editor, and 40 editions appeared in the next 10 years. (Julian moved to Paris in 1959),

The Homeopathic Society of Normandy was a very busy life, and attracted to its meetings a crowd of colleagues, throughout Normandy, and from Paris, and later from all over France, and included pharmacists, veterinarians, and dentists.

An exchange of ideas through trade journals including the Journal of Homeopathy Belgian, the Swiss Journal of Homeopathy, i’Algemeine Homôopatische Zeitung, etc. This company developed and lead to numerous medical researches. Yet on 7 November 1965, at Rouen, the dissolution of the Company and the cessation of the publication of archives was decided.

However, in order to maintain ties of friendship and brotherhood to other professionals, the Office suggested the creation of a friendly circle of doctors and homeopaths of Normandy and their friends, which will meet once a year at a place and a date chosen by common agreement. The dissolution took place on 12.12.65.

My father then moved his office and his home in Paris on 1 May 1959, and the Company, without the constant and active presence of its founder, saw its momentum and energy decline.

In 1959, my father ended his life in the campaign, but he still found time to write and publish: Studies and homeopathic therapies, (1958), Hahnemannian clinical studies and therapy (1961), Biotherapies and Nosodes (1962), Theoretical and practical research in Homeopathy (1965) soon to be followed by many other books. Another phase of his life had begun.