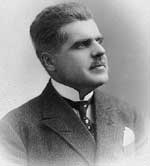 Baudry received the title of Officier d’Academie from his Government for his services to homeopathy.

Baudry was himself a pharmacist, who had long specialized in producing homeopathic medicines, or remedies.

In 1911, he had founded a homeopathic pharmacy called the Pharmacie Générale Homéopathique Française, which he sold in 1922 when he left Paris.

Eight years later, in 1930, Baudry joined a group of homeopathic physicians in Lyon to found the Laboratoire Central Homéopathique Rhodanien. Shortly thereafter, when the Parisian physicians of the Ecole Moderne d’Homéopathique asked Baudry to found a national laboratory for the production of homeopathic medicines, he agreed, basing the company in Lyon, France, and hiring Jean and Henri Boiron to head up a branch of the company in Paris.

Jean and Henri Boiron and Baudry focused on developing a range of homeopathic combination formulas, which eventually became the foundation of the Boiron company’s line of specialties.

Rene Baudry was a native of Angers by birth, at the request of his childhood friend, Leon Vannier, he founded the French General Homeopathic Pharmacy in 1911. Located at 68 Bd Malherbes, Paris, this pharmacy was taken over by Henri Boiron in 1945 and is now the Paris office of Boiron.

The Baudry-Vannier partnership dissolved a few years afterward and Leon Vannier founded the Homeopathic Laboratories of France by himself in 1926.

Rene Baudry left Paris in 1922 to go to Annonay, in Ardèche, where he joined with the homeopathic movement in the region, represented on the Société Rhodanienne d’Homéopathie [Rhodanian Society of Homeopathy]. There he founded the Central Laboratory of Annonay, where he pursued his research on production machinery.

In 1929, several homeopathic physicians in Lyon (Drs. Lathoud, Bernay, and Jean Pierre Gallavardin) asked him to found a laboratory pharmacy specialized in homeopathy. The Laboratoire Général Homéopathique Rhodanien [Rhodanian General Homeopathic Laboratory] was opened on August 1, 1930, at 38, rue Thomassin in Lyon and was taken over by Jean Boiron in 1932.

The development of frictions led a group of Parisian physicians, led by Rouy, Charles Mondain, and Mauritius Fortier Bernoville, to break with the directions of Leon Vannier and to create the Modern Homeopathy movement.

Rouy, Charles Mondain, and Mauritius Fortier Bernoville, friends of Baudry, called him to Paris to found a new national laboratory. He accepted, provided he could keep the laboratory in Lyon. Thanks to Charles Mondain, a friend of Jean and Henri Boiron, Rene Baudry met Jean and Henri Boiron, young graduates in search of a job. They became his colleagues in the founding of the Laboratoires Homéopathiques Modernes [Modern Homeopathic Laboratories] starting in 1932.

Rene Baudry, in collaboration with the Swiss engineer Perdrisart, would create the first production machinery for homeopathic medicines in the 20th century.

Rene Baudry lectured at the the Homeopathic Medical Circle of Flanders in 1914, alongside Lancien.

Boiron is now a world leader in the production and distribution of homeopathic medicines. One of the oldest homeopathic manufacturers in Europe, the company has operations in more than 60 countries.