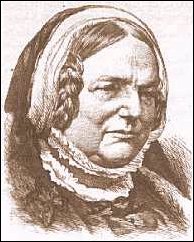 Sarah Waldegrave, Countess of Waldegrave 1787 – 1873 was a British philanthropist, considered to be the most influential woman of the Sussex town of Hastings in the nineteenth century.

Sarah Waldegrave was a patron of homeopathy,

The fact that this aristocratic patronage of homeopathy in the UK extended well into the 1940s, and beyond, can be easily demonstrated. In the Homeopathic Medical Directories there are lists of patrons of the dispensaries and hospitals. They read like an extract from Burke’s or Debrett’s…

Sarah was born in 1787, the daughter of Rev. William Whitear, a prebendary of Chichester, at Hastings Old Town Rectory. She later married Edward Milward, who later served as Mayor of Hastings several times and she inherited considerable wealth on his death. On 8 December 1846, aged 59, she married the widowed 8th Earl Waldegrave, who had inherited the title in September of that year, thus making Sarah, Countess Waldegrave.

The countess used her position and wealth to help the poor of Hastings and also endowed seven churches in the town as well as many Sunday schools, poor schools, wash houses, public baths and a Fisherman’s Institute.

Considered a bossy and autocratic woman, Lady Waldegrave persuaded people to do things her way, especially as she attached strict conditions to her donations, such as separate entrances for boys and girls in the schools she founded and prohibition of alcohol in public areas she designed.

In 1861, money was collected from the town’s children to erect a drinking fountain in her honour, but it fell out of use within a few years.