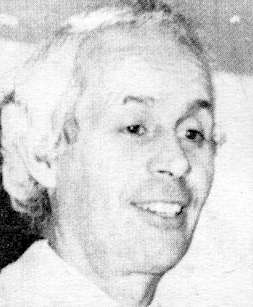 David V Tansley 1934 - 1988 was a chiropractor, lecturer, and the Vice President of the British Radionics Association.

Tansley produced a two well machine which he called a Simulator. Its objective was to duplicate the energies of a substance in one well into the second well forming a homeopathic attenuation (potency).

David Tansley was born in London in 1934. [see David Tansley, Omens of Awareness page 1, About the Author.

This amended information was kindly supplied [in Oct 2005] by John Nauss, a Radionic Practitioner, of Toronto, Canada, who knew and worked with Tansley.]

Tansley trained in Chiropractic in the USA, and became an important influence on Radionics and radiesthesia throughout the late 1960s and 1970s, publishing a number of influential books on radionics and homeopathy.

He died in 1988 of a pancreatic tumour (*please see comments below - this is incorrect as he had leukaemia).

David Tansley wrote Subtle Body: Essence and Shadow, The raiment of light: a study of the human aura, Radionics Interface with the Ether Fields, Radionics and the Subtle Anatomy of Man, Radionics: Science Or Magic? : An Holistic Paradigm of Radionic Theory and Practice, Radionic Healing: Is it for You?, Omens of Awareness, Chakras - Rays and Radionics, Dimensions of Radionics, Radionics: A Patient’s Guide to Instrumented Distant Diagnosis and Healing, Puppet Master with Liz Greene, Ray Paths and Chakra Gateways: An Approach to Spiritual Psychology Through Radionics,