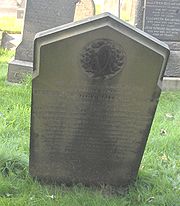 Spencer Timothy Hall 1812 - 1885 MA, PhD University of Tubingen 1852 was a British lay homeopath who achieved National fame lecturing on Mesmerism. Spencer Timothy Hall was also a phrenologist, spiritualist and hydrotherapist, and he was the Editor of the Phreno Magnet from 1843, and Editor of the Iris Newspaper from the early 1840s, and he was also Secretary to the Society for the Abolition of Corporal Punishment.

Spencer Timothy Hall was a student of George Dunn at Doncaster St James’s Homeopathic Hospital, and he was a correspondent of Charles Dickens, and a friend of Elizabeth Browning, The Earl of Carlisle, Robert Chambers, John Clare, Allan Cunningham, William Howitt, Robert Millhouse, James Montgomery, Lord Nugent, Alfred Russel Wallace, Alaric Alexander Watts, William Wordsworth, and many others. Alfred Russel Wallace took every opportunity to attend the lectures of Spencer Timothy Hall, the most eloquent spokesman for the new science of Mesmerism and homeopathy.

[Spencer Timothy Hall was the son of a Nottigham Quaker cobbler, who worked as a stockingmaker and printer before he turned to poetry, essay writing and journalism. He practiced hydrotherapy and homeopathy in Derby, Kendal, Burnley and elsewhere before settling in Blackpool in

From http://en.wikisource.org/wiki/Hall,Spencer_Timothy(DNB00) ‘… *H{::}ALL, SPENCER TIMOTHY (1812–1885), known as the ‘Sherwood Forester,’ born on 16 Dec. 1812, in a cottage near the village of Sutton-in-Ashfield in Sherwood Forest, Nottinghamshire, was the son of Samuel Hall (1769?–1852) [q. v.], a quaker cobbler, and Eleanor Spencer, a Derbyshire shepherdess and dairymaid. His father gave him a little education. At seven years of age he wound cotton for the stocking-makers, and at eleven began weaving stockings himself. Perusal of the life of Benjamin Franklin led to a resolve to become a printer. In January 1829 he went to Nottingham and bound himself apprentice compositor at the ‘Mercury’ newspaper office. At the end of a year his master, well satisfied with his conduct, received him into his house, and subsequently made him his confidential assistant. Some lines descriptive of Clifton Grove, inspired by Bloomfield’s ‘Farmer’s Boy,’ gained him an introduction to the Howitts and other literary residents of Nottingham. About 1830 he helped to found a scientific institution in the town, at which he read essays. Two years later he contributed verses to the ‘Mirror,’ the ‘Metropolitan Magazine,’ and other periodicals. In 1836, at the end of his apprenticeship, he started, with the assistance of friends, as a printer and bookseller on his own account at Sutton-in-Ashfield. He was appointed postmaster there, and printed a monthly periodical called the ‘Sherwood Magazine.’ In May 1839 he accepted the post of superintendent in the printing establishment of Messrs. Hargrove at York. In 1841 he published a volume of prose and verse descriptive of his birthplace, called ‘The Forester’s Offering,’ which he set up in type himself, the greater portion without manuscript. The book having been praised by James Montgomery, Hall was invited to Sheffield, where he became co-editor of the ‘Iris’ newspaper and governor of the Hollis Hospital. A volume of prose sketches entitled ‘Rambles in the Country’ was originally written for the ‘Iris;’ it was reissued in an enlarged form in 1853, under the title of ‘The Peak and the Plain.’ He wrote and spoke publicly in defence of phrenology, and was the first honorary secretary of the Sheffield Phrenological Society, and afterwards an honorary member of the Phrenological Society of Glasgow. He aided La Fontaine, who came to Sheffield to lecture on mesmerism about 1841, and in 1842 himself lectured through the country on the same subject. During 1843 he edited a short-lived periodical called ‘The Phreno-Magnet.’ At Edinburgh in September 1844 his lecture was attended by Combe, Gregory, and Liebig, all of whom, he declares, were completely convinced by the experiments. The result of his work he published in his ‘Mesmeric Experiences’ (1845). He is said to have wrought numerous cures. His most illustrious patient was Harriet Martineau, whom, it seems, he cured of an apparently hopeless illness in the summer of 1844. As the result of a visit paid to Ireland in the famine year he published in 1850 ‘Life and Death in Ireland as witnessed in 1849,’ one of his best books. About 1852 he became a homœopathic doctor, and published ‘Homœopathy; a Testimony’ (1852). After living for some time at Derby he settled in 1866 at Plumgarths, near Kendal; in 1870 or 1871 he removed to Burnley, in 1880 to Lytham, and soon afterwards to Blackpool. Not being legally qualified he never obtained much practice. He paid special attention to hydropathy, and was at one time head of an establishment at Windermere. The latter years of his life, owing to illness and the ill-success of his various speculations, were spent in poverty. A few months before his death he received a grant of 100l. from the government. He died at Blackpool on 26 April 1885, and was buried in the cemetery there on the 29th. He was twice married. His degrees of M.A. and Ph.D. were derived from Tübingen. __Hall was also the author of: 1. ‘The Upland Hamlet and other Poems,’ 1847. 2. ‘Days in Derbyshire,’ 1863. 3. ‘Biographical Sketches of Remarkable People, chiefly from personal recollection, with miscellaneous papers and poems,’ 1873 (originally published as ‘Morning Studies and Evening Pastimes’). Most of the biographies had previously appeared in the supplement of the ‘Manchester Weekly Times’ and other periodicals. 4. ‘Pendle Hill and its Surroundings, including Burnley,’ 1877. 5. ‘Lays from the Lakes, and other Poems,’ 1878. He wrote besides various guide-books to Lytham in Lancashire, Malvern in Worcestershire, and Richmond in Yorkshire. [Manchester Weekly Times, 2 May 1885; Glasgow Examiner, 5 Oct. 1844; Blackpool Herald, 1 May 1885; Blackpool Gazette, 1 May 1885; Blackpool Times, 29 April and 6 May 1885; Academy, 9 May 1885; H. Martineau’s Autobiography, ii. 192–5; H. Martineau’s Letters on Mesmerism (1); Chambers’s Journal, January 1842 (autobiography).] *…’

Hall was the son of Samuel Hall [1769-1852] a Quaker cobbler and Eleanor Spencer, a Derbyshire shepherdess and milkmaid. (see the article on the Hall family in Old and New Nottingham).

He was a persistent truant as a child, but eventually became apprenticed to a printer in Nottingham and then founded, about 1830, a scientific institution in the town at which he read essays.

He mixed with the literati of the town [chiefly the famous Howitt literary family of Nottingham (William Howitt) [DNB, 1995, pp.1502-3]] through whom he met William Wordsworth [1770-1850], Alaric Alexander Watts, the London poet and journalist, and Allan Cunningham, the Scottish poet and man of letters.

Hall published verses before setting up as a printer and bookseller in his own right in York. This covered most of the 1840s. Further literary success and prose publications followed. He then became interested in phrenology and lectured upon it. He became the first Honorary Secretary of the Sheffield Phrenological Society.

However, in the 1867 Homeopathic Medical Directory his entry on page 32 appears, along with four others, under the heading ‘Practitioners Holding Degrees… Not Recognised as Legal Qualifications In England’. His qualifications appear as ‘MD Eclectic Medical College of Cincinnati; PhD MD Tubingen, Principal of Windermere Hydropathic Institution’ and his Address ‘Bowness, Windermere, Westmoreland’.

About 1852 he became a homeopathic doctor and published Homeopathy, a Testimony in the same year. He had dabbled earlier not only in phrenology but also Mesmerism and published items about that subject. He eventually settled in Kendal and was in charge of a hydropathic institution there.

Spencer Timothy Hall was a writer and mesmerist. He was born in a cottage near Sutton in Ashfield in Sherwood Forest, Nottinghamshire, the son of Samuel Hall a Quaker cobbler and Eleanor Spencer, a dairymaid. He received some education from his father and at seven years of age entered the weaving trade.

After reading the life of Benjamin Franklin, Hall resolved to become a printer. In January 1829 he went to Nottingham and was apprenticed at the office of The Mercury newspaper. He began writing poetry, and by 1832 he was contributing verse to The Mirror, The Metropolitan Magazine and other periodicals.

In 1836 Hall returned to Sutton in Ashfield, where he started his own printing and bookselling business, and printed a monthly periodical called the Sherwood Magazine, in which he published his work under the name of ‘The Sherwood Forester’.

In May 1839 he joined the printing firm Hargrove at York. In 1841 he published a volume of prose and verse entitled The Forester’s Offering. The book earned Hall an invitation from James Montgomery to Sheffield, where he became co-editor of The Iris newspaper and governor of the Hollis Hospital.

He wrote a volume of prose sketches entitled Rambles in the Country for The Iris; it was reissued in an enlarged form in 1853 as The Peak and the Plain. As the result of a visit to Ireland in the famine years he published Life and Death in Ireland as Witnessed in 1849 (1850).

Hall was also interested in popular scientific movements. He was the first honorary secretary of the Sheffield Phrenological Society and later an honorary member of the Phrenological Society of Glasgow. In 1841 he learned about mesmerism from watching some spectacular demonstrations by a Frenchman named Lafontaine, who was touring northern England.

Hall then taught himself mesmerism and began to make his own tours of the country, giving public demonstrations, offering tutelage and therapy, and selling copies of a journal he founded in 1843, _The Phreno magnet, and Mirror of Nature_.

His most illustrious patient was Harriet Martineau, whom, it seems, he cured of an apparently hopeless disease of the uterus. Harriet Martineau was first diagnosed in 1839; after over five years of suffering, she was introduced to mesmerism by her brother in law, who had been impressed by one of Hall’s lectures in Newcastle. ‘Everything that medical skill and family care could do for me had been tried, without any avail’, Harriet Martineau wrote in her Autobiography (1877), ‘Now that a new experiment was proposed to me … I had nothing to do but try it’.

About 1852 Hall became a homeopathic doctor, and published Homeopathy, a Testimony (1852). He was granted the honorary degrees of MA and PhD from Tübingen.

He was married twice: his first wife, Sarah, died only nine months after their wedding; his second marriage produced several children. He died at Blackpool on 26 April 1885, and was buried in Layton Cemetery.

Spencer Timothy Hall the Editor of the Phreno Magnet, and Editor of the Iris Newspaper, _and he wrote _The Phreno magnet, and Mirror of Nature_, __Mesmeric Experiences_, ___Homeopathy, a Testimony_, and numerous literary and travel works.