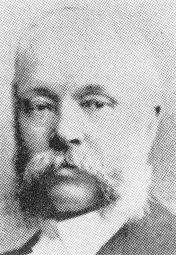 Gustave Adolphe Van den Berghe 1837 – 1902 was a Belgian orthodox physician who converted to homeopathy, to become President of the Homeopathic Medical Circle of Flanders in 1887, a member of the Belgian Homeopathic Society,

Between 1869 and 1902 thousands of men, women and children from Belgium, the Netherlands and France consulted Gustave Van den Berghe. Some of them had been ill for quite some time, others had just recently developed physical or mental complaints.

The ailments they suffered also differed, from an innocent cold to life threatening tuberculosis and cancer. Van den Berghe carefully wrote down the contents of these consultations; on the one hand paying attention to the length and means of treatment, on the other portraying the personal features of his patients.

Besides notes on age, gender, residence and occasionally profession of his patients, profound description of the individual’s experiences with medical care and ideas and attitudes towards health and illness is available.

The casebooks therefore go beyond the scope of knowledge provided by medical and lay advice guides and brochures and give a deeper insight into the actual personal perspective, the ‘patient’s view’…

Harsh treatments, fear and shame; all plausible explanations for patients to consult Van den Berghe. For others, less ‘noble’ motives may have predominated. The unfortunate could turn to Van den Berghe for treatment free of charge and venereal ill labourers might just have wanted to avoid the loss of social security by turning to him. Anne Hilde van Baal Homeopathy in Nineteenth Century Flanders: the Patients of the Ghent Homeopath Gustave van den Berghe (1869-1902).

Gustave Van den Berghe was a homeopathic physician in Ghent from the late 1860s who is is considered one of the most loyal followers of Samuel Hahnemann.

He was inaugurated in homeopathy by D L E Gaillard and acquired the necessary additional knowledge of homeopathy at the Hahnemann Dispensarium in Brussels in the early 1870s by Gottlieb Heinrich Georg Jahr.

Van den Berghe was an active, influential and popular homeopath. He was of great importance for the Belgian homeopathy. His sons Samuel (1870-1957) and Ferdinand (1878-1954) were also homeopathic doctor, the latter associated with his father and later took over his practice… the archives of Gustave Van den Berghe were managed by his grandson, Francois Vermeire, who was also a homeopathic physician in Sint Niklaas…

Gustave Van den Berghe wrote The Homeopath and her Opponents in 1881, and he also submitted cases and articles to various homeopathic publications.

Born in the Congo to Belgian parents, and spending World War II in occupied Belgium, he was an early witness to ethnic conflict and racism, which eventually led him to become a leading authority on ethnic relations.

Pierre has conducted field work in South Africa, Mexico, Guatemala, Iran, Lebanon, Nigeria, Peru, and Israel. A student of Talcott Parsons at Harvard (receiving the Ph.D. in 1960), he nevertheless had little interest in structural functionalism and was one of the first proponents of sociobiological approaches to social phenomena.

In WWI, Samuel Van den Berghe was working at The Anglo French American Hospital at the Neuilly Hospital in France, alongside Ethelbert Petrie Hoyle,

W H Van den Berg was an American homeopath in New York in 1901.