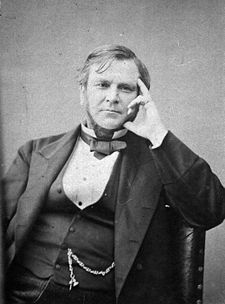 Edward Smith studied dietics, and he determined the correct diets for prisoners forced to use treadmills, and he greatly influenced the homeopathic community, who avidly read every article he published.

Edward Smith attempted to do some clinical trials of the “apparently insignificant doses” of homeopathic medicines (Anon, Monthly Homeopathic Review, Volume 32, (1888)), but was widely ridiculed by his allopathic colleagues who took their revenge in his Obituary ‘… According to his obituary, he failed to inspire the friendship of his colleagues, but more recent evaluations have noted that he ’… deserves to be better remembered by nutritionists, both for his contributions to the physiological basis of nutrition, and for his pioneering field surveys of dietary intake in relation to need among low income social groups…’ …’

[Smith was educated at Queen’s College, Birmingham, and graduated at the University of London, MJB. in 1841, MD in 1843, and BA and LLB in

Physiological chemistry occupied much of his attention and he developed an early spirometer. In 1856 he read his first paper. Edward was very interested in the workings of the human body and would frequently take measurements of his own body temperature and pulse, sometimes over fifty times a day.

He later became interested in the body’s use of urea and again made over 1400 different observations. Meanwhile Smith, in 1853, held the office of lecturer and demonstrator of anatomy at the Charing Cross Hospital school of medicine, and was appointed in 1861 assistant physician to the Brompton Hospital for Consumption. In 1862 he published Consumption; Its Early and Remediable Stages. He had previously published several papers on the pulse and the use of certain remedies in phthisis.

Dietetics formed the subject of most of his subsequent literary work. He looked at the diet of prisoners, particularly those who were subjected to using a treadmill such as the one in Brixton prison. He decided to go to prison and join the others to investigate the diet in the prison system.

He inspired two German researchers to investigate the prevailing idea that protein alone powered muscles. Adolf Eugen Fick and Johannes Wislicenus climbed the Swiss Alps after removing protein entirely from their diet. They were then able to balance the food they had consumed against the gain in potential energy.They were able to show as Smith had suggested that the chemical energy required for muscular effort does not come primarily from consumed protein but from fats and carbohydrates.

Edward Smith died of pneumonia in 1874.

Edward Smith wrote A practical Dietary for Families, Schools and the Labouring Classes, A proving of Alcohol in the Lancet in 1861, studies on obesity, Foods, The Peasant’s Home, Consumption; Its Early and Remediable Stages, Health & Disease as Influenced by the Daily, Seasonal & Other Cyclical Changes in the Human System, A Manual for Medical Officers of Health, A Handbook for Inspectors of Nuisances, __Health: a Handbook for Households and Schools,

E Smith was on the Medical Council of the London Homeopathic Hospital,

E G Smith was on the Management Committee of the Bath Homeopathic Dispensary,

Edmund Smith was a homeopath and the proprietor of Ilkley Wells House, a homeopathic treatment facility, built around 1854-56 where he treated Charles Darwin.