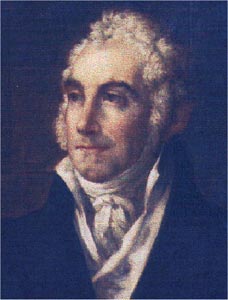 Jules John Mabit 1781 - 1846 was a French orthodox physician, Professor of Pathology and Physician to the Hotel Dieu in Bordeaux, and at the Hospital St. Andres in Bordeaux, who converted to homeopathy after extensive clinical trials into the homeopathic treatment of cholera.

In 1836, Napoleon III honoured homeopath Jules Mabit with the 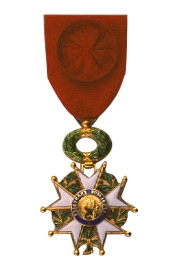 Knights Cross of the Legion of Honour for his extensive labours against cholera, and for his founding of a homeopathic hospital in Bordeaux.

In 1832, Jules Mabit was sent to England to study Cholera, and he began with a collection of the cholera statistics from 1796 - 1837 (?1832) across the whole of Europe, showing an allopathic mortality rate of 49%, and a homeopathic mortality rate of 7.5% (_The British and Foreign Homeopathic Medical Directory and Record. _George Atkin. Groombridge & Sons, 1853. Page 212).

Jules Mabit began treating his own cholera cases homeopathically with great success, and after many clinical trials on homeopathy, he founded a Homeopathic Hospital in Bordeaux.

Extract from the Courrier de la Gironde, Bordeaux daily newspaper, of the 13th of May: “For some time past we have been desirous of devoting a few lines to the memory of that excellent man, that much to belamented philosopher, that enlightened physician, Dr. Mabit, senior, who has been carried off so cruelly and so suddenly from the medical art, from his family, and from his numerous friends.

We perhaps come a little too late, but what does that matter? Dr. Mabit has already had the purest funeral eulogy in the tears of his family, in the grief of his friends, and in the grateful remembrance of all.

“The intelligence of Dr. Mabit’s death produced a great sensation in Bordeaux. No man ever departed this life amidst such deep regret and such universal sympathy. Dr. Mabit had none but friends, and how could it be otherwise with a man so earnest, so good, so disinterested, so full of zeal, whose talents, matured by the experience of a long practice, were always at the command of those who stood in need of them?

“It may be said, the life of Dr. Mabit was but a long act of devotion, and all who were intimate with him knew that he was at all times and in all places, during his long and laborious career, the indefatigable succourer of all unfortunate beings.

Born at Toulouse, on the 24th January, 1781, M. Mabit first entered the army of the Alps, in the capacity of surgeon of the third class; this happened on the 30th Floreal, year 5.

Mr. Mabit made the campaigns of Italy and Egypt in the capacity of surgeon of the second class, and on the 5th April, 1802, he went out to Domingo, where he was wounded in an engagement at French Cape.

M. Mabit, on returning from St. Domingo, had charge of 300 sick on their way back to France, but he was taken prisoner by the English. The yellow fever soon broke out on board the captured vessel, in consequence of the wretched state in which their captors left the sick who had been captured whilst returning to France. During all the voyage he alone performed the medical duties, which act obtained from his patients a testimonial couched in terms of the deepest gratitude.

On arriving at Plymouth he was confined in the factories, where he remained two years; at this period an exchange of prisoners took place; he was included in this exchange, and on his return to France he entered the naval service, where he remained until 1813.

M. Mabit took advantage of his sojourn at St. Domingo to write a work on the diseases of the army composing the expedition. Between his campaigns he came to Paris to take his degree of doctor; he was received in the most brilliant manner, and his diplomas bore this flattering remark: “The candidate has given proof of acquirements at once solid and extensive.”

M. Mabit returned to Bordeaux in 1815, where he was induced to remain by the friendship of his countrymen, M. De Saget, and of M. Gradis, sen., and the esteem he had acquired by the amenity of his character.

He was soon appointed professor in the secondary school of medicine, and physician of the hospital of St. Andrew, where he remained for twenty years.

“His intimate connection with the illustrious Rene Laennec, and his searching mind and ardor for investigating new truths, led him to study, before any one else in Bordeaux, the marvellous discovery of mediate auscultation, which was not, however, received without some opposition, and which now serves as a light to all educated physicians.

We have seen in his cabinet the first stethoscope which appeared in Bordeaux. This instrument was turned by the hands of Rene Laennec himself, who sent it to him in proof of his friendship.

About this period a new medical doctrine, which made a great noise in France, was the object of the most violent attacks on the part of the French physicians. Homeopathy was condemned by them as a false, dangerous, and absurd doctrine; it is true that those who thus calumniated it, knew it not.

Dr. Mabit carried into the study of the new doctrine, which then excited so much abuse and ill feeling, that disinterested and sincere love of truth, that scientific impartiality, and that ardor, without which it is impossible to advance in the culture of science.

It is not for us to pronounce an opinion on Homeopathy, but whatever opinion may be entertained respecting its future destiny, one cannot refrain from admiring men possessing such great scientific courage, who, in the lofty situation occupied by M. Mabit, at the expense of time and fortune, can thus devote their whole energies to the search after truth.

In 1829 M. Mabit was nominated Member of the Board of Health. Thither, as elsewhere, he carried his great love of labor, and he contributed to organize an administration which at that time was far from efficient.

Sent to London in 1832 to study the cholera, he was taken seriously ill at Calais; this did not prevent him arriving in time to observe, and commence a work on this terrible disease. The reward of so much self sacrifice, and of labors so useful to science, was not long deferred; M. Mabit was about this time named Chevalier of the Legion of Honor.

Finally, on the reorganization of the secondary school of medicine, M. Mabit was elected first professor, and subsequently director of this school.

M. Mabit was an eminent author; he published several works on the yellow fever, the cholera, and several memoirs relating to his homeopathic experience. At the time that death carried him off, he was, it is said, preparing a work on internal pathology, the results of forty five years’ experience.

We have before us two essays by Dr. Mabit: one is entitled: [_Observations Sur L’Homeopathie, and is intended as a reply to the _Report on Homeopathy, furnished to the French Government by the Parisian Academy of Medicine.

It is written in a dignified and gentlemanlike manner, and nowhere descends to satire or invective, the author’s desire being evidently rather to promote the cause of truth by fair and legitimate argument, and to induce his brethren to investigate the system he advocates, in order thereby to contribute to the diminution of human suffering than to exalt one system or set of practitioners at the expense of another.

We should like to see more of this tone and spirit in the controversial essays on both sides, for it is the elucidation of truth that should always be aimed at, and this end will be much more readily attained by carefully avoiding all bitterness, personalities, recriminations, and ridicule than by pursuing an opposite course.

in which he gives the history of that disease, and the various methods which have been adopted for its prophylaxis and cure; he enumerates the different homeopathic remedies which have been found efficacious, gives the particular indications for each, presents the reader with a comparative statistical table of the results under homeopathic and allopathic treatment, and concludes by giving the details of fourteen cases selected from those treated by himself in the hospital of Bordeaux, the total number he had under his care having been thirty one, of whom twenty five recovered and six died, two of the fatal cases having entered the hospital moribund.

Jules Mabit’s Obituary is in The British Journal of Homeopathy in 1847,

A street in Bordeaux, the Rue Jules Mabit, is names after him.