Annie Wood Besant 1847 – 1933 was a prominent Theosophist, women’s rights activist, writer and orator and supporter of Irish and Indian self rule. Annie was one of the first women to attend the London University, where she studied mathematics, physics, chemistry and biology under Thomas Henry Huxley. However, she was refused her BSc due to her athiesim and her defence of woman’s rights and birth control (S. Chandrasekhar, Reproductive Physiology and Birth Control: The Writings of Charles Knowlton and Annie Besant, (Transaction Publishers, 1 Jan 2002). Page 31).

Annie was the secretary of the Malthusian League, a leading member of the National Secular Society, she was involved with the International Labour Union, a founder member of the Fabian Society, and a member of the London School Board when she instituted free school meals, and she was a tireless campaigner against the abuses of child labour. Annie was a founder with Herbert Burrows of the Matchmaker’s Union, leading the famous strike for better conditions, the London matchgirls strike of 1888, alongside Catherine Booth. Annie would continue to campaign for Irish Home Rule and Indian Home Rule and many other worthy causes for the rest of her life.

In 1877 Charles Bradlaugh and Annie Wood Besant republished Charles Knowlton’s The Fruits of Philosophy, with footnotes written by George Robert Drysdale to bring the physiology up to date (Martha Vicinus, Suffer and be Still: Women in the Victorian Age, (Indiana University Press, 1973). Page 39). The resultant trial was a National sensation, and it also included the prosecution of their elderly and very brave publisher Edward Truelove (1809-1899)*, who very rarely gets a mention in the reports of this trial (Stanley R. Ingman, Anthony E. Thomas, Topias and Utopias in Health: Policy Studies, (Walter de Gruyter, 1 Jan 1975). Page 28), and it is shameful that many historians repeatedly go for the ‘big names’ and ignore the brave men and women that surround them, including the homeopaths!

It would be the Drysdale family and the homeopathic community, ably assisted by radical free thinkers, who would come out to support the embattled trio. Against the usual fierce and vitriolic storm of protest, the collaboration of Charles Bradlaugh and the Drysdale family, fully supported by the homeopathic press (Elizabeth K. Helsinger, _THE WOMAN QUESTION Social Issues, 1837-1883_, *(Manchester University Press, 1983). Page 219)), enabled the firm foundation of modern birth control to become a reality in Britain (Robert Jütte, [Contraception: A History*](http://books.google.co.uk/books?id=sqwMrennRsQC&pg=PA108&dq=charles+bradlaugh+drysdale&hl=en&sa=X&ei=9w19UreWD-qW0AXug4HwCw&redir_esc=y#v=onepage&q=charles%20bradlaugh%20drysdale&f=false), (Polity, 12 May 2008). Page 108).

The Theosophy Society has supported homeopathy from its inception (Anon, The Theosophist Part IV 1882 to 1883, (1882, reprinted by Kessinger Publishing, 1 Dec 2004). See also Annie Wood Besant, The Theosophist, Volume 5, (Theosophical Publishing House, 1884). Page 300. ‘… Homeopathy is the only true system of healing diseases by medicines, and he, who fairly tests it, will be convinced of its superiority…’), and Annie was supported in turn by British homeopaths (who came out in strength to support Annie and Charles Bradlaugh in 1877 (Annie Wood Besant, Annie Besant: An Autobiography, (T. Fisher, 1893). Page 198)), and she read The British Journal of Homeopathy *(Annie Wood Besant, [Autobiographical Sketches*](http://books.google.co.uk/books?id=Xl8b1zJdH7AC&pg=PA170&dq=Bradlaugh+homeopath&hl=en&sa=X&ei=ElxlUvnCNtOI7AaMwYDACQ&ved=0CF0Q6AEwCTge#v=onepage&q=Bradlaugh%20homeopath&f=false), (Broadview Press, 13 Jul 2009). Page 170).

Annie Besant lost her father William Wood at the age of 5. He was a mathematician, a doctor, and religious skeptic who died as a result of a surgical accident (S. Chandrasekhar, Reproductive Physiology and Birth Control: The Writings of Charles Knowlton and Annie Besant, (Transaction Publishers, 1 Jan 2002)), leaving the family almost destitute. In 1879, Annie studied anatomy with Edward Aveling, the some time common law husband of Karl Marx’s daughter Eleanor.

In 1904, Rudolf Steiner was appointed by Annie Besant to be leader of the Esoteric Society for Germany and Austria. The German Section of the Theosophical Society grew rapidly under Rudolf Steiner’s leadership as he lectured throughout much of Europe on his spiritual science.

Charles Robert Drysdale was a witness at Annie Besant’s trial, and the Malthusian League originated in July 1877 when Annie Besant suggested the idea to members of the London Dialectical Society and the defense committee organized to defend her and Charles Bradlaugh in the trial for publishing Charles Knowlton’s Fruits of Philosophy.

Annie Wood was born in 1847 in London into a middle class family of Irish origin. She was always proud of being Irish and supported the cause of Irish self rule throughout her adult life. Her father died when she was five years old, leaving the family almost penniless. Her mother supported the family by running a boarding house for boys at Harrow.

She was married at 20 to Frank Besant but separated from him over religious differences. She then became a prominent speaker for the National Secular Society (NSS) and writer and a close friend of Charles Bradlaugh. In 1877 they were prosecuted for publishing a book by birth control campaigner Charles Knowlton. The scandal made them famous and Charles Bradlaugh was elected M.P. for Northampton in 1880.

She became involved with union actions including the Bloody Sunday demonstration and the London matchgirls strike of 1888 and was a leading speaker for the Fabian Society and the Marxist Social Democratic Federation (SDF). She was elected to the London School Board for Tower Hamlets, topping the poll even though few women were qualified to vote at that time.

In 1890 Besant met Helena Blavatsky and over the next few years her interest in theosophy grew while her interest in secular matters waned. She became a member of the Theosophical Society and a prominent lecturer on the subject. As part of her theosophy-related work, she travelled to India where in 1898 she helped establish the Central Hindu College and, in 1902, she established the first overseas Lodge of the International Order of Co-Freemasonry, Le Droit Humain in England. Over the next few years she established lodges in many parts of the British Empire. In 1907 she became president of the Theosophical Society, whose international headquarters were in Adyar, Madras, (Chennai).

She also became involved in politics in India, joining the Indian National Congress. When World War I broke out in 1914 she helped launch the Home Rule League to campaign for democracy in India and dominion status within the Empire. This led to her election as president of the India National Congress in late 1917. After the war she continued to campaign for Indian independence and for the causes of theosophy until her death in 1933.

Mabel Besant Scott, daughter of Annie Besant, was one of the founders of the New Rosicrucian Theatre in Christenchurch, Hampshire. 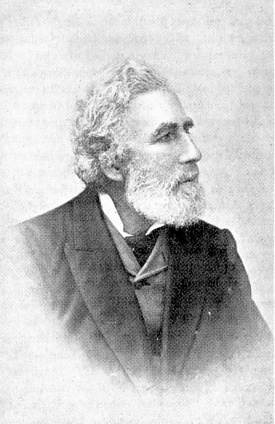 From http://philosopedia.org/index.php/Edward_Truelove ‘… An English publisher, Truelove early in life embraced the views of Robert Owen and for years was secretary of the John Street Institution *[an early Owenite socialist group]. He published Voltaire’s Philosophical Dictionary, Paine’s complete works, d’Holbach’s System of Nature, and Taylor’s Syntagma and Diegesis. For a year, he worked at the Owenite utopian community of New Harmony, Indiana. In 1852, Truelove opened his own bookstore in the Strand and later opened another shop in Holborn. In 1858, after he published Tyrannicide by W.E. Adams, Truelove was charged with blasphemy, but the prosecution was withdrawn. In the 1870s, Truelove served four months in prison for the publication of Robert Dale Owen’s Moral Physiology, addressing population and birth control. According to historian Joseph McCabe, “His admirers presented him with £200 after his release*…’