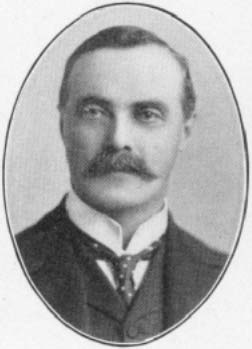 Knox Shaw was elected as the Medical Officer of Health in Hastings in 1881, and he was involved in the operation of the Homeopathic Military Hospital at Neuilly sur Seine in 1916.

TWELFTH ANNUAL MEETING OF THE AMERICAN HOMOEOPATHIC, OPHTHALMOLOGICAL, OTOLOGICAL AND LARYNGOLOGICAL SOCIETY, HELD IN ATLANTIC CITY, N. J., JUNE 19TH AND 20TH, 1899. Soon after assuming office the corresponding members selected at the last meeting, Charles Thomas Knox Shaw and Dudley d’Auvergne Wright of London, England, and Daniel Parenteau of Paris, France, were each notified of  their election. Daniel Parenteau did not reply to his letter of notification or to one sent by the President later.

I have much pleasure in acknowledging the honor conferred upon me by your society, in electing me one of its corresponding members. I have never yet visited America, but am hoping, each year, to be enabled to do so. Unfortunately, I do not see my way to getting over this year, but I hope one day to get to one of your interesting meetings.

I am, dear sir, yours sincerely,

It is with great reluctance that I have to reply to your very kind invitation by saying that I shall be unable to get over to your meeting this year at Atlantic City. I have a very great longing to pay your country a visit, and to meet some whose acquaintance it has been my pleasure to make in this country, and to see more whom I do not know personally, but whose fame is so well known over here. I am sure I should much enjoy the visit: the many kind letters I have received make my regret the more keen.

With kind regards, I am yours fraternally,