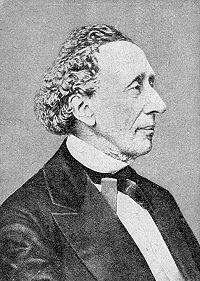 Hans Christian Andersen 1805 – 1875 was a Danish author and poet, most famous for his fairy tales.

Hans Christian Anderson was a friend of Bettina von Arnim, the Countess of Blessington, Catharine Crowe, Charles Dickens, and Jenny Lind (three of his fairy tales were inspired by Jenny Lind: The Ugly Duckling, The Angel, and The Nightingale, the latter making her known as ‘The Swedish Nightingale’).