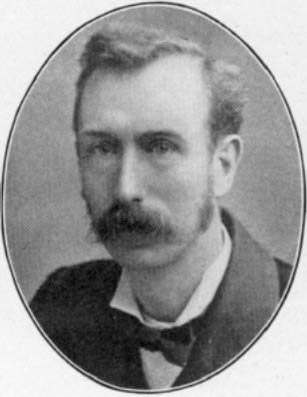 Edwin Awdas Neatby practiced in Belsize Park, at 161 Haverstock Hill, at 82 Wimpole Street, and at The Hawthornes in Barnsley.

In 1903 the Educational Committee of the British Homeopathic Association in conjunction with the London Homeopathic Hospital formed a Missionary Sub Committee to promote a course of instruction for non medical missionaries.

This committee included both George Henry Burford, James Johnstone and Edwin Awdas Neatby, who was to become the first Honorary Secretary and later Dean of the Missionary School of Medicine.

The idea from the outset was that the School’s courses would be flexible, in order to cater for the varying needs and experience of the students, some of whom were on home leave from the field, and others who had yet to receive a posting overseas.

It was emphatically not designed to train doctors and nurses, but to provide a background of medical knowledge to missionaries who might be working considerable distances from professional medical care.

Although students came from a wide variety of missionary societies, there was some opposition at first from religious organisations who felt that homeopathy was not compatible with Christian beliefs.

Students received additional lectures from doctors at other institutions such as the London School of Tropical Medicine. This course structure proved popular enough to remain unchanged for 75 years.

In 1977 a three month course was introduced but demand for the courses continued to fall during the 1980s, when a large percentage of the students who did attend were from other European countries.

David MacNish was Vice President to Edwin Awdas Neatby at the Homeopathic Congress in 1906.

Edwin Awdas Neatby was born on the 16th November 1858 in Barnsley, Yorkshire, son of Joseph & Eliza Neatby. He appears in the 1861 census, aged 2, with his parents at 22 Wellington Street, Barnsley.

In 1871 he appears again, aged 12, the family now living at 22 Market Street. In the 1881 Census of Whitechapel, London, Edwin is shown at The London Hospital as a 22 year old surgeon.

He married WINIFRED JONES on the 19th June 1882 in the Whitechapel registration district. Winifred was born around 1851. Edwin became and doctor and physician. He eventually lived at East Grinstead in Sussex, Dr Neatby had a office in Wimpole Street in London.

(Edwin also lived in Belsize Park - Edwin Neatby and Mary Ruth  Edwin’s wife died in 1908 and he was married in Hampstead at St. Peter’s Church, Belsize Park, by the Rev. W. Pope, curate of the parish, Mary Ruth Jones who was living at 39 Belsize Park Gardens. She was the daughter of John Jones.

Edwin sells house after 25 years of occupancy or does he? He may have moved in 1908 when his first wife died or even earlier. His uncle Dr Thomas Neatby lived at 29 Thurloe Road with a large family and he may have just carried on spending time in the Belsize area while living in East Grinstead. Did he rent or own?)

HAMPSTEAD HOME HOSPITAL and NURSING INSTITUTE. - The Council have the honour to announce that the BIENNIAL DINNER, in Aid of the Hospital Funds, will be held at the Hotel Metropole, on Tuesday, the 29th of March, 1892. The following have kindly consented to act as Stewards:- … E.A.Neatby, Esq., M.D. [The Times Thursday March 17th 1892]

Edwin’s will was signed in January 1930, and probate was granted at London on the 22 January 1934 to his widow Mary Neatby. Effects valued at £11876 11s 6d. He left the house “Longcar Cottage” and all the contents to his wife. Edwin also made a number of bequests, his sister Lucy Doughty £300. To Miss Katherine Goodin “my faithful co-worker and friend” £300. Miss Bertha Mills “cook in my household for over thirty years” £75.

Edwin Awdas Neatby wrote The place of operation in the treatment of uterine fibroids, Modern developments in medicine, Pleural effusions in children, Manual of Homaeo Therapeutics,

Marion Jean Neatby was born on the 29th May 1883 at Ventnor in the Isle Of Wight. She was the daughter of Edwin Awdas and Winifred Neatby. Her father was a doctor and surgeon. At the time of the 1901 Census the family are still in Hampstead. Marion is listed as Maria aged 17.

Winifred’s mother died in 1908 and her father married again to Mary Ruth Jones in 1910. The family moved to East Grinstead in East Sussex, although her father continued to have an office in London.

Marion died aged 62 on the 15th August 1945 at Mount Pleasant Clevedon in Somerset. Probate was awarded, on the 20th November 1945 at Llandudno, to her sister Winifred Neatby and cousin Sarah Margaret Cox (of 16 Christchurch Road, Sidcup in Kent). Her estate had a net value of £4025 5s 4d. In her will dated 28th March 1941 she gave all her “personal chattels” to her sister. The rest of the estate was put in trust to give an income to her sister until she died.

She requests that the legacies be used for medical work. The residue of her estate is to provide an income to her cousin Eleanor Shaw Doughty during her liftime then the reside to the China Inland Mission.

Winifred Neatby was born on the 24th June 1885 in Hampstead, North West London. She was the daughter of Edwin Awdas and Winifred Neatby. Her father was a doctor and surgeon. At the time of the 1901 Census the family are still in Hampstead, Winifred is listed as a 15 year old.

Winifred’s mother died in 1908 and her father married again to Mary Ruth Jones in 1910. The family moved to East Grinstead in East Sussex, although her father continued to have an office in London.

Freda went to Canada in 1914 to visit relatives, she spent time with Ada and Andrew Neatby in Saskatoon, but most of the time over about a year, with her second cousin Edith and her husband Oscar Hedlin.

Edith’s sister Kate Nicholl relates the story that during this period Freda met Oscar’s very good looking brother Frans, and they became engaged. Freda decided to go back to England, and embarked on the Lusitania.

She told Kate of the calamitous night - in rushing for the boat deck, she came across an elderly lady struggling her way up the stair, and Freda stopped to give her a hand. The lady told Freda to move on as while the lady’s life was lived, Freda had many years to come. Freda was young and vigorous, and made it into a lifeboat and was rescued. Soon after, she decided against marriage to Frans, and wrote to break off the engagement.

NOTE: The Lusitania departed New York USA for Liverpool, England on 1st May 1915 and was sank by German torpedo on 7th May 1915 off the coast of Ireland, she sank in 18 minutes. Freda was one of the 764 to be saved, unfortunately 1,201 persons perished.

Her father died in 1933 in East Grinstead. Her unmarried sister Marion died aged 62 on the 15th August 1945 at Mount Pleasant Clevedon in Somerset. Freda was an executrice of the estate with her cousin Sarah Margaret Cox. In Marion’s will she gave all her “personal chattels” to Freda. The rest of the estate was put in trust to give an income to her Freda until she died.

When her step mother died in 1949 Winifred remained in the family home “Longcar Cottage”, which by now was also known as 134 Holtye Road. Her step mother’s divided the house and land equally between Winifred and Mary’s nephews Alan Wilson Jones and Anthony Wilson Jones. I presume this was an arrangement to allow Freda to remain in the house.

Freda died on the 7th May 1958 at the Homeopathic Hospital in Tunbridge Wells aged 72. Probate for her estate was granted at London on the 16th July 1958. One of her executors was her cousin Sarah Margaret Cox. Her Effects were valued at £6955 3s and the will was dated the 27th March 1957, she left various legacies and an income to Bertha Mills (who had been the family cook) and her sister Louie Mills of £26 each a year. All the rest of her estate was left to a Margaret Hooper.

She requested in the will that she wanted to be buried at the Neatby family grave no 41615 in Kensal Green Cemetery, although her father and step mother are buried very near to the family home in East Grinstead. She also requested that “my funeral be as simple as possible”.