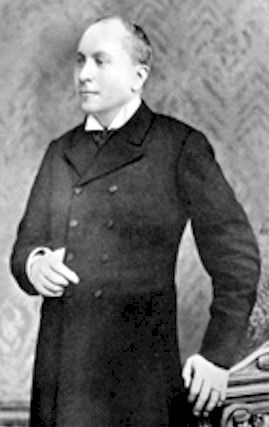 Robert Thomas Cooper practiced at 18 Wimpole Street, London, and in Southampton, and at 30A George Street, Hanover Square, and 17 Stanley Gardens, Notting Hill.

From http://www.homeoint.org/morrell/british/late19.htm#cooperclub At the turn of the century there were four distinct though entangled threads emerging in UK homeopathy. They were the Cooper Club, the increased use of nosodes, the influence of James Tyler Kent and the general decline of medically qualified practice, which coincided with the rise of the lay practitioner… The second main phase of British homeopathy was undoubtedly the main figures of the Cooper Club… four distinguished homeopathic doctors used to meet regularly and were to have a major influence on its future.

The Cooper Club continued to meet into the 1930s under John Henry Clarke and Charles Edwin Wheeler, and John Weir were also members. One suspects that Edward Bach, James Douglas Kenyon, Percival George Quinton and several others were also members, and taught lay persons, though there is no direct evidence and an air of secrecy shrouds the group.

Peter Morrell: There are only a few Irish or Irish trained homeopaths in UK homeopathic history, but the darling of them all is probably Robert Thomas Cooper, founder of the Irish Forestry Society, who died of Influenza in London in 1903.

Then there is Richard Hughes, of Brighton, whose only Irish connection was that he dropped down dead on a Dublin pavement in 1902 with the manuscript for the British Journal of Homeopathy proofs [he was editor] stuffed in his back pocket!

He was an assistant Physician and Surgeon for Ear Diseases at the London Homeopathic Hospital and a member of the British Homeopathic Society.

In 1866, he “settled in private practice at Southampton”, moving to London in 1874. He had two busy London medical practices, one at Notting Hill and the other in Hanover Square.

Briefly, we can say that Cooper was, like most of his generation, a low potency man who mainly used mother tinctures and 3x as his mainstay. Such ‘3xers’ of the last century were opposed to the higher potencies ‘on principle’, which at that time was practically everything above 6x, and to the indiscriminate use of nosodes and unproven remedies.

They sought justification for these views from Samuel Hahnemann, who never promoted the use of high potencies, even though he made use of them occasionally. But as an ardent ‘3xer’ Cooper would never have used higher potencies or nosodes, and would certainly have regarded them with a derisive scepticism. 3xers were afraid to get too close to the Avogadro limit and seemed very content with the clinical results they obtained with their material doses.

He was probably the most conservative and least interesting of the four members of the Club named after him. Except, of course, for his highly innovative ‘arborivital’ system. Cooper and James Compton Burnett were also great cancer doctors and they maintained that in the treatment of such advanced and physical diseases the lower potencies and tinctures produce the best work.

He had a longstanding interest in botany and the use of single doses left “to act for weeks and possibly months undisturbed by repetition or further medication,”[Obit, 461]. He often used unproven remedies justifying this approach by “studying them by their habits, and… the minds of plants,” [Obit, 461].

He was also interested in common features in the provings of closely related members of certain plant families, such as Rosacae, Solanacae, Labiatae, Compositae, “Lobelias and Crucifers.” [Obit, 462].

There seems little doubt that he was a “source of much therapeutic enlightenment,” [Obit, 463], and “essentially a plant lover and tree lover,” [Obit, 463], yet as a person he had “the most affectionate and tender of hearts and the sensitiveness of genius… the warmth and humour of the Irish race,” [Obit, 464-5].

A keen athlete and a “man of splendid physique, a swimmer – for many years he had bathed in the Serpentine all the year round,” [Obit, 464], yet he also believed that “sympathy was essential to his proper mental expansion and development.” [Obit, 464]

Cooper’s Arborivital Medicine It is not commonly known, but there is a stream of ideas running through from ancient herbalism and vitalism into homeopathy.

This lineage runs on through people like Cooper and then onto Edward Bach of Flower Essence fame. This theme applied mainly to the mode of preparation of the remedies and also in the choice of which part of a plant to use.

They all used tinctures of plants which were prepared using proof spirit. In the case of Cooper and Edward Bach, the unusual aspect is that they both chose living plant tissue immersed in proof spirit [or spring water] and exposed to sunlight.

It is not certain what the justification for this technique was, nor where the idea originally came from. It is not mentioned by Samuel Hahnemann. It is probably more ancient and my guess is that it derives, like most ‘medical nostrums’, from people like Paracelsus.

Here are Cooper’s directions on the topic: “The preparation of remedies used are tinctures made on the spot from living plants, proof spirit being employed for the sake of preserving their inherent properties… by allowing the spirit to come into contact with the living plant, the branch, while still attached, being kept plunged in the spirit and exposed to sunlight while thus immersed, heliosthened, as I term it.” [Cooper, 1900, p.xv]

Many within British homeopathy were impressed: “Dr. Cooper had an uncanny genius for discovering unusual remedies; some of these he got, no doubt, from old herbals; but it has been said that he used to lie down before a flowering plant by the hour, dragging from it its virtues of healing. He made extraordinary play, in cancer, with some of his flowers, and one heard him called ‘the man who can cure cancer,’…” [Margaret Lucy Tyler, in British Homeopathic Journal, 1932 p.136]

Cooper was undoubtedly influenced by Paracelsus in his ideas about the nature of forces within plants [his ‘arborivital medicine’] and it is possible that he was aware of the work of Johann Wolfgang von Goethe or Rudolf Steiner, as he clearly believed cancers to be the result of hidden ‘growth forces’ within the person very similar to the growth force in trees and other plants.

This influence was pervasive and general, whereas in the case of James Compton Burnett the link to Paracelsus was mainly about organs and systems, rather than the healing forces within plants.

Cooper makes it clear that his tinctures represent a dose forceful enough to counteract the growth force of the tumour, and therefore not in need of any dilution or potentisation [Cooper, 1900, p.3]. He also claims to have discovered his system from some 30 years of careful observation [ibid., p.11]

He declared there to be: ”… existing in plant remedies a force… which acted by virtue of a power in all respects similar to a germinating power in the human body.” [Cooper, 1900, p.1] “…in the living plants we get a force which, if applied… to disease, will arrest its progress and even cause its dispersal.” [ibid., p.3]

It is clearly like a form of ‘signatures’ to believe that the healthy force from the plant can then be utilised against the unhealthy force in the diseased person. It is clearly related to the law of similars.

It is also close to the concept, and probably underpins it, that disease is powered by an invisible growth force that is present in the diseased organ and which can be ‘trapped’ in the form of sarcodes and nosodes, prepared therefrom, which can then be used as healing agents against similar diseases.

So here we can see how close, metaphysically, these tinctures were to the whole nosode habit of late 19th century homeopathy: “Cooper’s hypothesis was that a curative ability or action is inherent in all living plant material, and that this does not require trituration, succussion or dilution to be effective… Cooper directed that the tinctures should be administered in single Drop doses, and that these remedies should be given time to act fully before being repeated. The dose was administered in powder form with a single Drop of the tincture on to a Dry tongue and on an empty stomach.”

“He was influenced by the Doctrine of Signatures and relied on observation of plant structures and characteristics… Cooper claimed that arborivital remedies were most suitable in crises which were incurable by any other means, and this includes homeopathic methods,”

So we can discern here a clear justification for the use of nosodes or disease products in the more generic concept of disease cause as a ‘miasm’ or essence which resides in the diseased tissue.

This underlying concept, which comes straight from Samuel Hahnemann’s Miasm Theory published in The Chronic Diseases of 1828, is echoed clearly in the work of Cooper, both in his idea that cancer is a result of a deranged growth force within the person and that a similar though healing growth essence can be extracted from the plant in the form of a ‘heliosthened’ tincture. This is obviously an area where the ‘doctrine of signatures’ and the ‘law of similars’ meet…

Cooper had been holidaying in Switzerland with his wife and family, when he caught a chill, through “over exertion in tennis,” [Obit, 465] and then contracted influenza that led to “congestion of the lungs,” [Obit, 465].

A notice of his death appeared in the Westminster Gazette of September 19th saying, “his work in Forestry is very well known, he was the founder and first president of the Irish Forestry Society, which came into existence a year or two ago,” [Obit, 466] and that his “knowledge of plant therapeutics being unique,” [Obit, 466].

He regarded vegetation as the “medium for protecting man from calamities of all kinds,” [Obit, 464] and that “the national neglect of forestry was to him a source of the deepest pain.” [Obit, 464]

He was once described as a “member of the ancient cult of Tree Worshippers,” [Obit, 464]. To the ruthless cutting down of forests in past times “Dr Cooper traced much of the agricultural poverty of his native Ireland,” [Obit, 464].

Robert Thomas Cooper’s Obituary is also in the North American Journal of Homeopathy in 1904.

Robert Thomas Cooper contributed widely to homeopathic publications, and he also published a series of articles in the Dublin Medical Review. He also wrote Inflammation Chiefly of the Middle Ear, Otorrhœa … and its treatment, Clinical lectures upon inflammation and other diseases of the ear, Basic Aural Dyscrasia and Vascular Deafness, Cancer and cancer symptoms, Sulphur as a remedy for neuralgia and intermittent fever, Further observations upon the intermittent action of sulphur, A reply to dr. Griffin’s letter to mr. Atherley entitled ‘Homœopathy in Southampton’, and Misery and Muddle, Our empire of rivers, Ireland’s Real Grievance, Forestry, Forestry and the Survival of the Fittest, Phil Carca’s boat, and other poems, A forest poem, Captain May I.

R M Le Hunte Cooper collated all of his cases between 1932 and 1942 to become the first homeopath to draw attention to the dangers of contamination by aluminium (published in the British Medical Journal vol. 1 (3722): 862-863, 1932), and he wrote The danger of food contamination by aluminium, Additional evidence on the injurious effects of aluminium, An Outline of Aluminium Pathogenesis, The Cancer Problem,