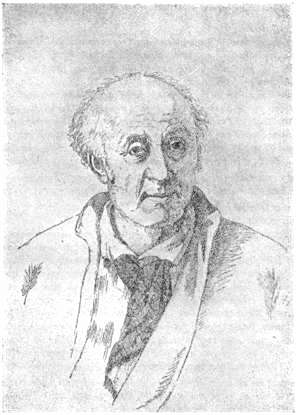 Antoine Henri Petroz 1781 - 1859 was a student of Samuel Hahnemann, and he was one of of the foremost homeopaths in Paris, and by 1865, compilations of his valuable writings were made by A Cretin and published in The British Journal of Homeopathy.

Antoine Henri Petroz was awarded the title of Chevalier of the Legion of Honour by Napoleon III.

Antoine Henri Petroz was the homeopathic physician of Coutts Lindsay 2nd Baronet Trotter of Westville, the Earls of Balcarres and Crawford, and Paul de Musset.

The British journal of Homeopathy says: The distinguished and venerable disciple of Samuel Hahnemann died at Paris on the 29th of August, 1859, in his eightieth year.

The Revue Internationale contains the following necrology taken from a political journal:

Petroz was the means of spreading, or we may even say the second creator of the science, the laws of which Samuel Hahnemann had discovered.

The homeopathic school owes to him much, and it also recognized him as one of its most prominent adherents. Admired for his knowledge and the penetration of his practiced eye, Petroz was loved by all, the society of Paris for the exceeding goodness of his heart.

He numbered the most celebrated personages of the Faubourg St. Germain, many artists and scholars among his clients, and there are probably few of those devoted to the arts who have not asked for the benefit of his counsel and of his devotion to science and art.

He had a nobility and grandezza of manner which filled every one with affection and reverence. His calm and dignified bearing made his appearance the most handsome imaginable. Despite his great age, he still showed an incredible vigor and activity. An accidental acute disease carried him off in his 78th year.

A few days before his death he gave the following proof of his noble character: Paul de Musset, whom he had not seen for a long time, came to him to consult him. After Petroz had made his prescription, Paul de Musset was drawing out a gold coin from his purse. Whom do you believe Dr. Petroz to be, said he.

But, my dear Doctor, answered Paul de Musset, permit me, I pray you … Do you then desire to insult me, and have you forgotten that I was your father’s faithful friend ?

But when Paul de Musset showed himself unwilling to desist, Petroz said: It seems you insist on paying Dr. Petroz, then my dear friend, if the payment should be commensurate, embrace him.

Every one who was acquainted with Petroz knows how well he deserved his reputation. To the younger physicians who consulted him he was a conscientious guide, a real father. He was gifted with eminent qualities.

Gifted with a sound and acute mind matured by diligent study, he did not act like certain superficial men, who laugh at a new movement without investigating its truth. He believed with the celebrated Arago, that in science we must not condemn anything a priori, however absurd it may seem at first sight.

The teachings of Samuel Hahnemann had been agitating the learned world of Germany for many years, before the system, or even its name, became known in France.

With sarcasms the name of Homeopathy found its way into the French language, with sarcasms the teachings of the great reformer are even at this day combatted, but this does not prevent their constant diffusion.

But for Dr. Petroz neither wit nor words had any demonstrative force. Independent from the firmness of his character and his position, possessing a handsome property and an extensive practice, Petroz was not infatuated with any particular system, as in medicine he sought especially for the art of healing.

He therefore studied the theories of Samuel Hahnemann, conscientiously imitated his experiments and communicated with the master.

Convinced by facts, he was not afraid of disgracing himself or injuring himself by unfurling the banner of Homeopathy in Paris.

We have often heard him discussing the questions separating the two schools. He did this with an amiability which even disarmed hatred and with a superiority which showed his deep knowledge.

Tolerant and reconciliatory by nature, he was hostile to all extravagance. He knew how to stop where thoughtless prejudice begins. What is called pure Homeopathy by some homeopaths provoked his pitying smile. He saw in it the destruction of true science, the fetters of progress.

He rectified some views of Samuel Hahnemann, which to him appeared too one sided. He did not consider it a lack of the regard due to the master to distinguish between his genuinely scientific principles and views from those into which he had been led by the heat of the conflict with the opposing school.

Assaulted most desperately, the German reformer also defended himself most desperately. But the measure of the truth which will survive the prejudices and the passionate assault of the times will not be found in the polemics, though these were not without use for its advance.

Every century has brought its discoveries useful to science. The investigations of past times in so far as they were founded on experiment are as valuable as those of the present.

To wipe out the acquisitions of our ancestors, pretending that they were only barbarians, who were fumbling about in the dark, would be in itself a barbaric procedure and would mean an extinction of that light instead of placing it beside us to increase the brightness. So thought the learned and venerable Petroz.

He knew the value of all the branches of medicine because he had thoroughly studied them. He knew that Therapy is a leading branch of it, but that it does not constitute the whole of medical science. In the hands of this physician the torch of Samuel Hahnemann served to throw light on all truth, but not to light the funeral pyre on which all the treasures collected by our ancestors might be indiscriminately cremated.